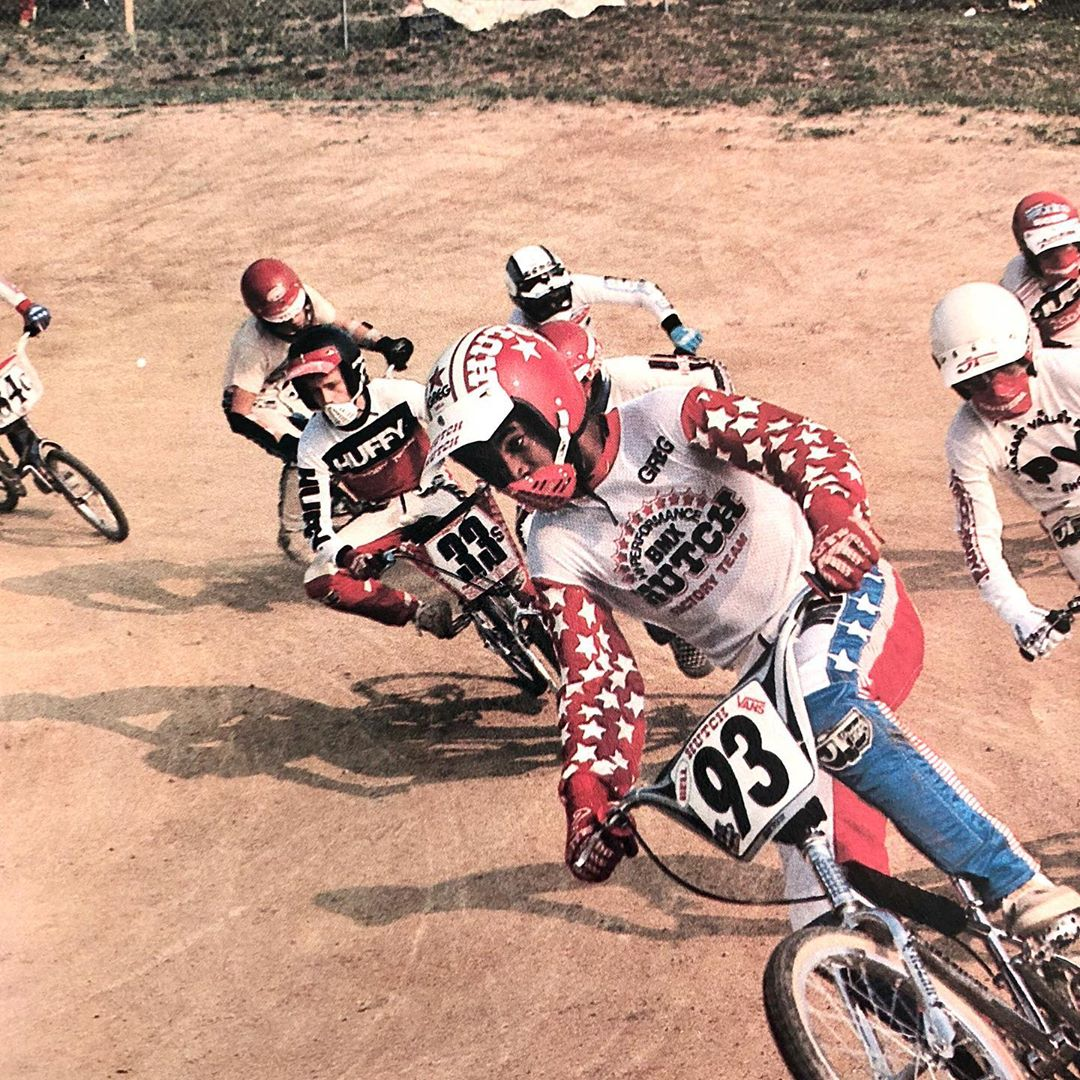 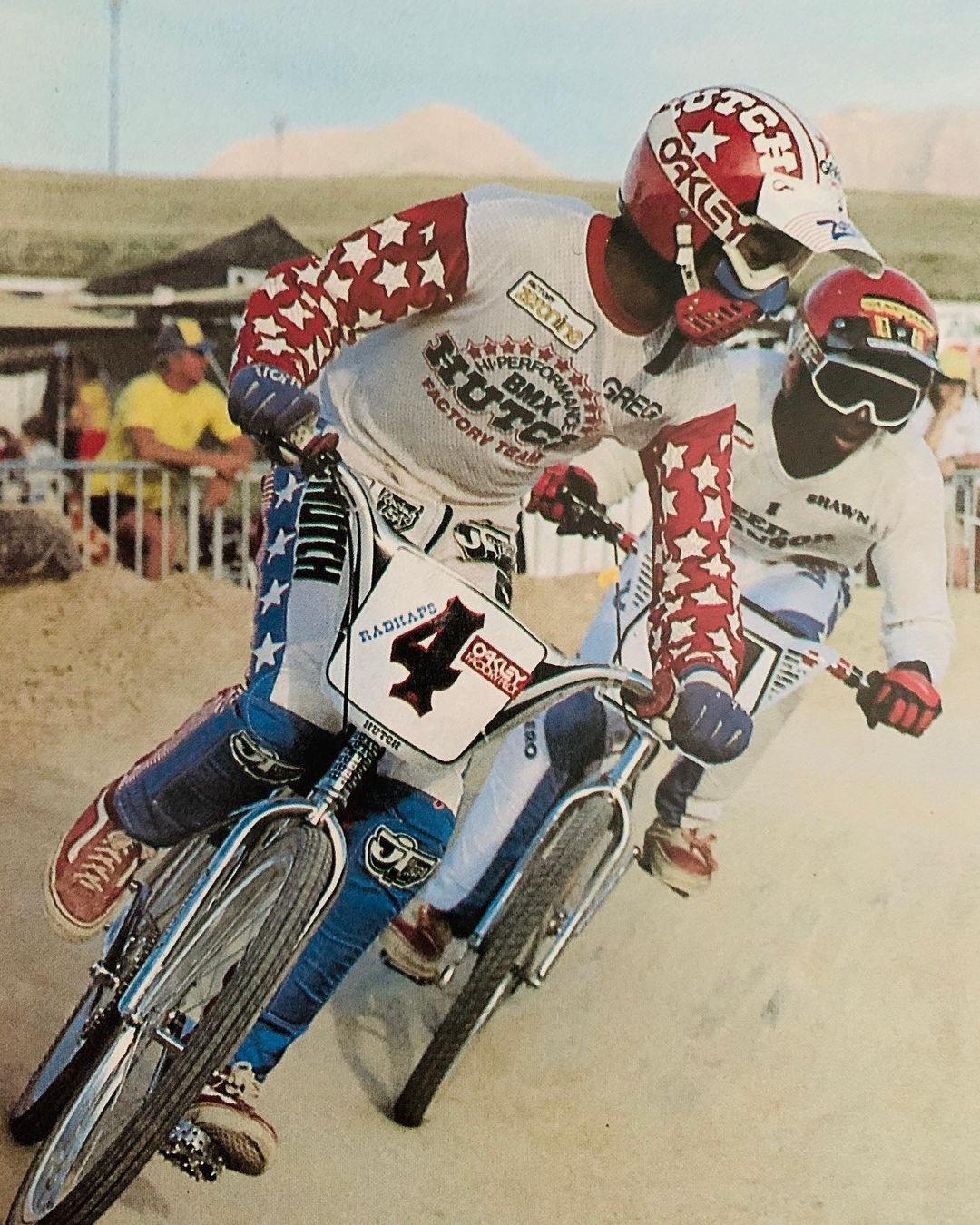 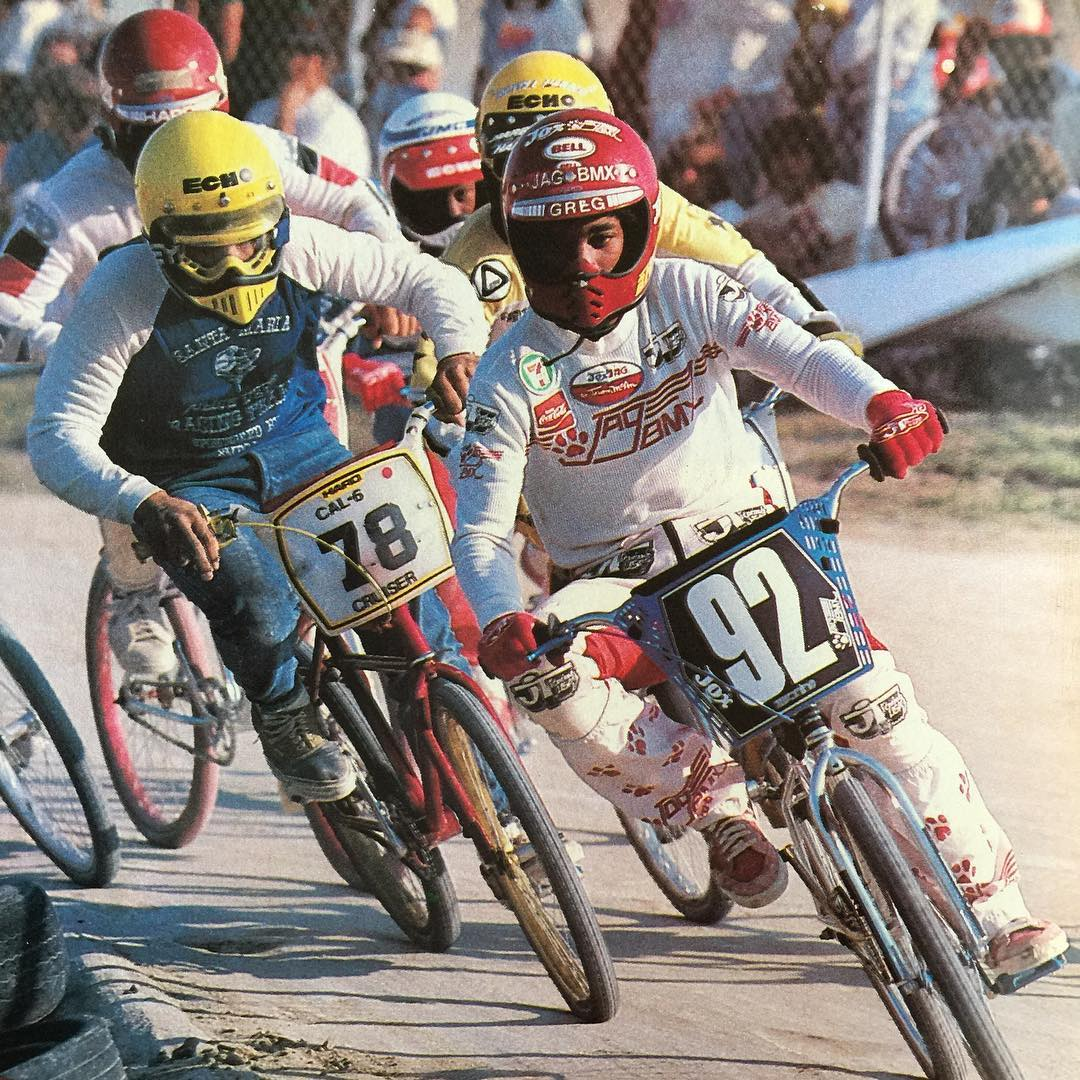 This Summer during the pandemic really seemed to pass by in a flash and made me realized that although I had more time on my hands, I really didn’t take advantage of the time or weather to take one of the vintage BMX bikes out and go for a long cruise. While sitting back late last night going through some of my 80’s BMX mags and reliving youthful times, I came across a name that I hadn’t thought about in sometime, Greg Liggins. Greg Liggins was a very successful Black BMX racer during the 1980’s who made noise and racked up plenty of titles including being on the of the few riders to “quadruple” at an ABA triple-pointer.

Greg’s story is a very interesting one though. Coming into prominence during the 1980’s in his teens and early 20’s and having raced for multiple teams including Team Factory JAG and my favorite Team Factory Hutch, he would go on to break a record as the first rider to win four ABA (American Bicycle Association) races. But during his sting of riding for Hutch, the team was invited to ride and represent in South Africa which at the time was a big deal. Greg was excited for the opportunity to travel abroad but ultimately declined in protest once he found out about the apartheid and how Black people were being treated in the country. With most acts of protests, Liggins was frowned down up and much like Muhammad Ali, Colin Kapernick and other greats, he was let go from the team and black balled from the sport. Most people, especially at that young age would have most likely jumped on the opportunity to travel but Greg stood his ground.

Greg shifted gears and later went on to be a newscaster for FOX affiliate, KTVU TV and has an extremely successful career in media and still to this day continues to shine.