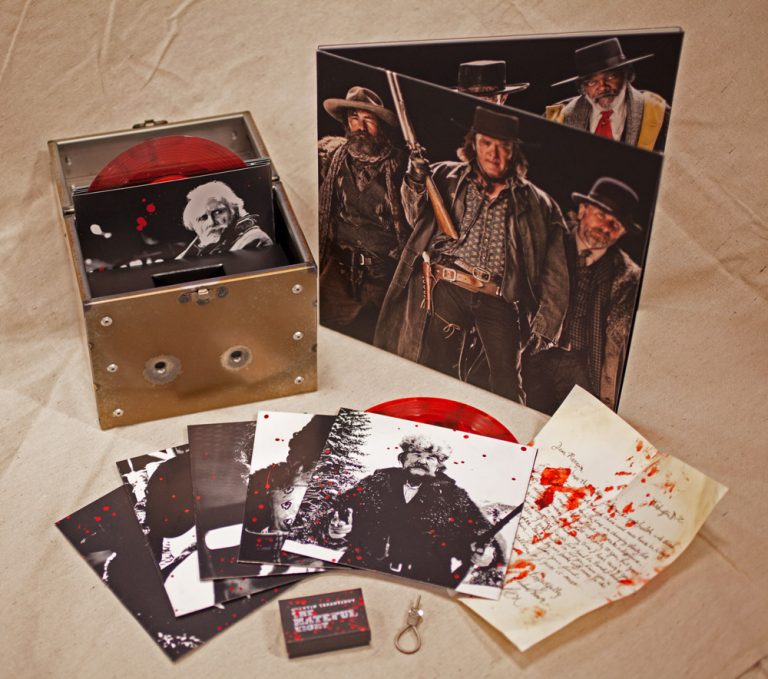 When the announcement was made that Thirdman Records would be releasing a special boxset in addition to the already released double LP, no one knew what the label had in store. Well in true Quentin Tarantino fashion of going the extra mile when presenting a product, details on the hush hush release were finally announced and it’s a gem! It features two 180-gram LPs with posters and booklet from the standard edition but with a different covering featuring Quentin Tarantino on the set filming. A 18 gauge galvanized steel 7” box features real bullet holes and a laser etched Hateful Eight logo housing the complete score and soundtrack on 7” (on blood red vinyl with black streaks) inside 8 separate sleeves featuring all members of the film. To round things out, it includes a metal noose pin and a replica of the film’s famed “Lincoln Letter”. 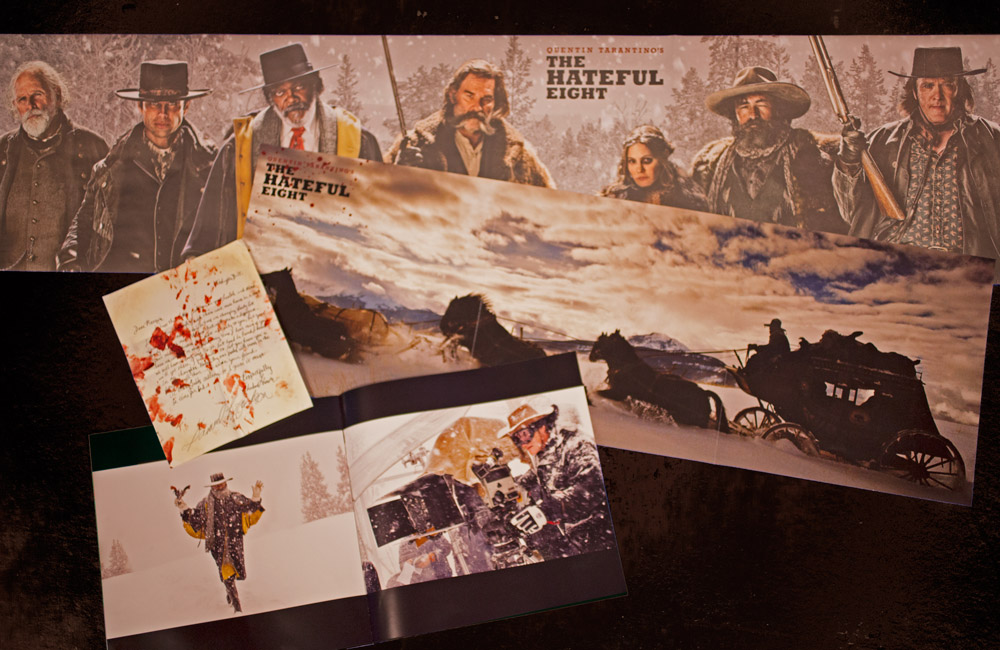 This definitely sounds like something that we need to get our hands on but here’s the tricky part. The limited edition 500 boxset is only available in-store (no online sales) at both Thirdman locations in Nashville and Detroit on January 25th.