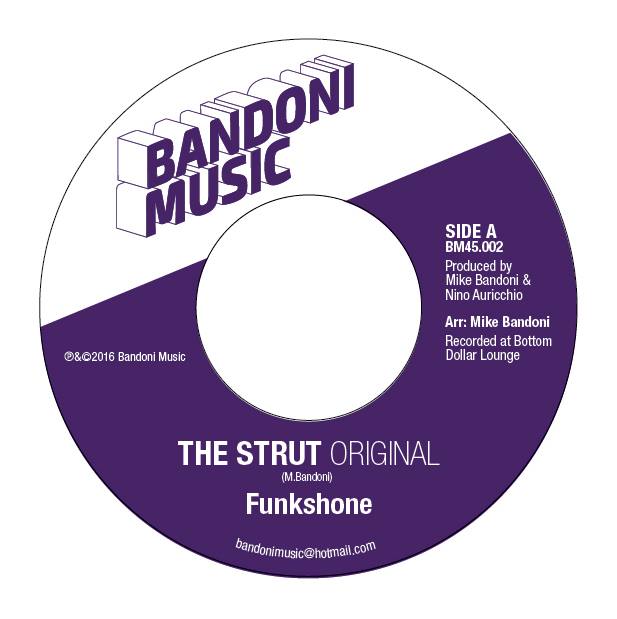 Funkshone has been one of our favorite bands since first catching wind of them back around 2008 while continuing to check for releases up until the present. Still a bit under the radar and pushing forward with releases, the band is set to release their next 45 and of course it’s drum heavy as we would expect with accompanying instruments that makes it another sure shot. Following up on last years “To The Yard” parts 1 & 2 and the second release off of the new Bandoni Music imprint, they keep it funky as usual.

The A-side features the original version of “The Strut” which gives new life to the alternate 2008 version that you may be more familiar with especially in the Hammond department. Of course it’s got the perfect drum break to close the cut out and perfect for those who love to rock doubles. When they say they say the b-side wins again they definitely weren’t lying especially in this case. “Spiritual Interlude II” is a heavy spacy and funky groove with ghostly basslines combined with swirling Hammond and synth textures. Soundtrack / Library’esque in everyway, this should appeal to those who love those genres as well Jazzy grooves of all types.

The new 45 won’t be filling bins until Spring 2016 but you can get your listens in now to the available snippet and cop later.