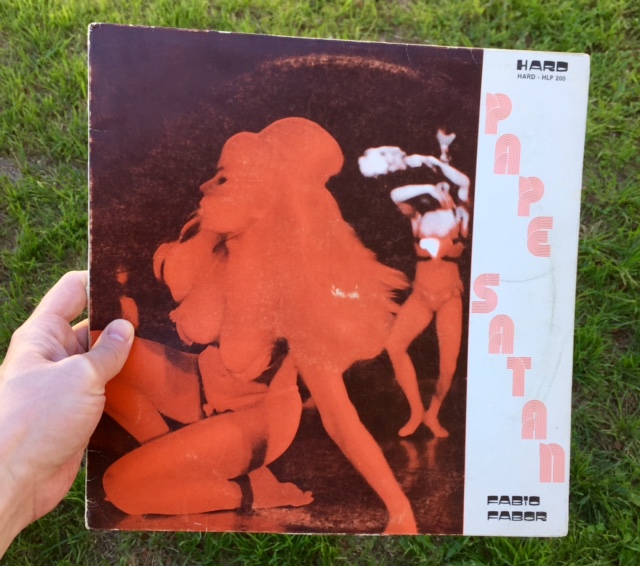 What we have here is an album most likely made in the late 1970’s by an amazing Library music composer by the name of Fabio Fabor. Fabor was especially gifted at utilizing analog synth modules such as the Arp 2600, Fender Rhodes Piano and Vocodor while crafting visual images through his music, which you may have heard an example of this on his previous release called “Aquarium”. When starting off the album, Ad Infernos kicks things off pretty hard and begins with drone like melodic under passages that weave in and out of a fast paced high hat driven drum pattern. A sinister synth chord layered over the top followed by shocking tension stabs. He comes in making a statement and from the very beginning of the album and you can tell exactly what Fabio’s intention is. My favorite song “Acheron” immediately comes in with a stoney hypnotic Rhodes key, that has female voices howling and haunting the track in different time measures. A creepy synth chord sets the tone while the bass just hits every other measure. Insane!!! The B side kicks off with “Dies Irae’, another track that builds and builds with an almost Church Organ like presence with more Fender Rhodes underneath, sharpening the edges. As usual, the haunting moaning is layered throughout the song as well.

An extremely tough record to find and one that’s sought after, I have only come across two on the label and the other being Fabor’s “Aquarium”. To me this is a true body of music, it’s a true expression of human emotion through various instruments. Pape Satan’s purpose was to make you envision the torture, depths, and solitude of Hell. It’s dark, grimy, and incredibly cinematic and the music almost puts you in an odd (but good!) place when listening to it. I can’t imagine how much fun it was sitting around 8-10 synth modules and overlapping various spooky noises to record onto an album. Peep the sound clips!