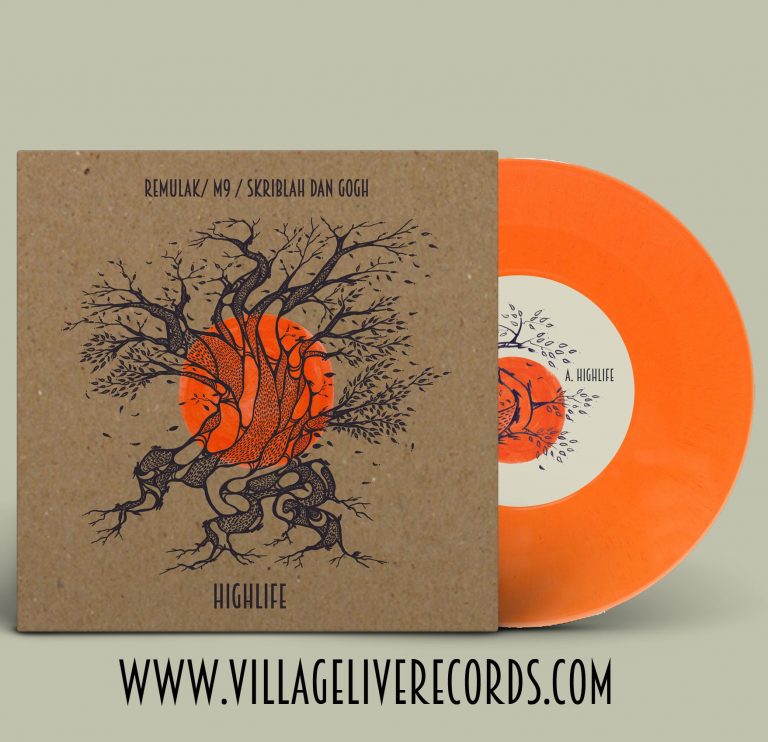 When it comes to new Hip Hop vinyl pressings, it seems that 90% of what we’ve been hearing and receiving is coming from across the pond which means that thing’s are good and the scene is thriving. Village Live Records who released two of our favorite LPs this year from Ded Tebiase and Chairman Maf returns with a second 7” single produced by Remulak with M9 and Skriblah Dan Gogh. “Highlife” is a laidback Hip Hop head nodder telling the stories of everyday street tales and the quest for the highlife while ultimately being taken under by those same streets that those individuals embraced. It’s should be simple mathematics but not everyone can add and subtract. But one things for sure, there’s always a message in the music, weather in your face or subliminally and the messengers of this release are speaking loud and clear but it’s up to you to hear what their saying. Can you dig it!?