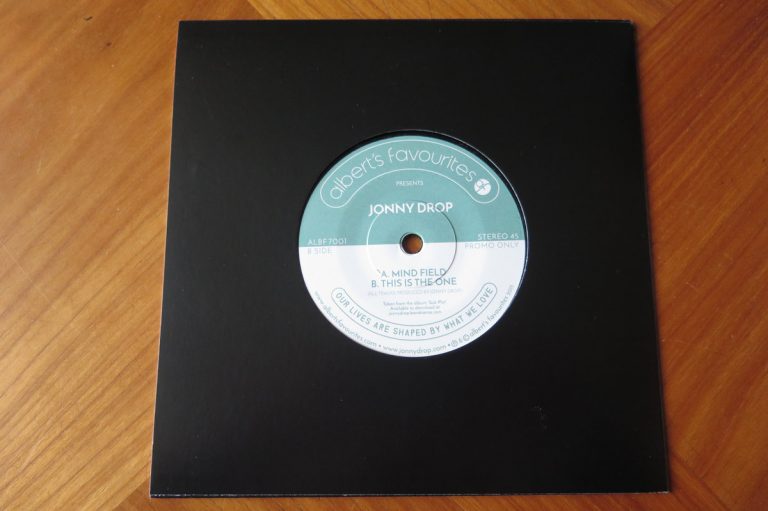 Jonny Drop “Mind Field” b/w “This Is The One”

Unless we’re receiving an official press release from a label, it’s rather hard to stay up on all of the vinyl drops hitting the bins at the local shops or even making their way across the net. With that being said, we recently caught wind of a very cinematic, jazzed out 7” from UK producer Jonny Drop. How we missed out on this release that has been available for over 6 months now is beyond us but we’re glad to finally know about it. “Mind Field” is a smooth, spacy instrumental put together in such a way that you would swear a full-blown band was involved and even more, it’s the perfect find for future diggers and producers to sample from.

Jonny Drop has put in quite sometime in production world and is best known in the funk & soul circles as one quarter of The Expansions, for elevating rhythm sections as live drummer for Andrew Ashong, The Gene Dudley Group (Wah Wah 45s). Word has it that a full LP is on it’s and if it sounds anything like this, then we’re definitely all ears! Take a listen below and if you dig it, then cop it.