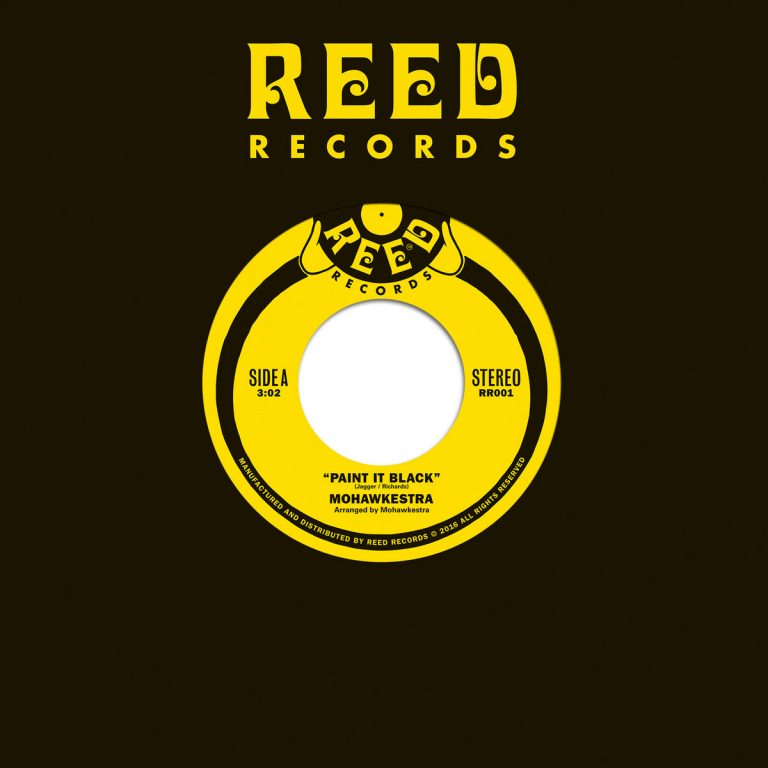 There are certain sounds that are so familiar yet not identical to what you think it is but still something to raise the red flag and make you take notice. During the initial listen, the first thing we pictured was a scene from a classic Spaghetti Western during a bar room brawl with a mean soundtrack playing in the background. But we also made the connection to one of Hip Hop’s most foundational records and breaks, “Apache” by The Incredible Bongo Band, yet neither are the case. What we do have is an entirely new tune to one degree and an incredible cover and flip to another. “Paint It Black” originally recorded by The Rolling Stones in 1966 and recently recreated by Mohawkestra in 2016 and done very well we must say.

Obviously inspired by the later, Mohawkestra has created and incredible gem with a very authentic and vintage feel, yet modern enough to stand on it’s own and done well. What we’re hearing is a sound that we haven’t heard done in years and in a way that most musicians and studio engineers would think of as archaic in a digital world. The group recorded this 7” direct to reel to reel, razor blade edited (spliced), which is how things were originally done pre a cut & paste computer era and then mastered to reel to reel. These guys deserve and applaud! If that’s not enough to make you curious the heavy drum break that rolls in around the 1:50 mark will surely make you want to play doubles. Take a listen for yourself then you decide!