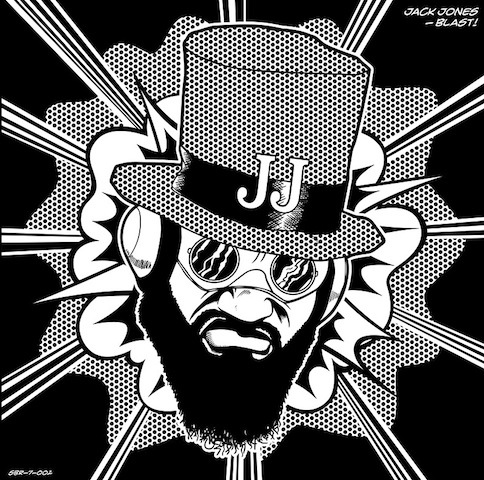 Up, up and away as we blast off in 2017 like the Jupiter 2 from Irwin Allen’s hit TV show, Lost In Space with the new release from Jack Jones (aka Audessey) of the collective known as Soundsci. With an already incredible catalog of releases in the vaults from the crew as a whole or individually, Jack Jones delivers another sure shot to the ear with the equally dope Acatcalledfritz / Ollie Teeba produced double sider 7”. No frills beats and rhymes is what is expected from Jones who carries on tradition like he’s running the 50 yard dash with the M.I.C. like Franco Harris rushing to the end zone.

Who got the props? Well in 2017 you can place your bets on any combination of artists to come out from under that camp but Jack Jones is your starting point and a win-win no matter how you slice the cake. Available now for your listening pleasures via Structures Built Records.