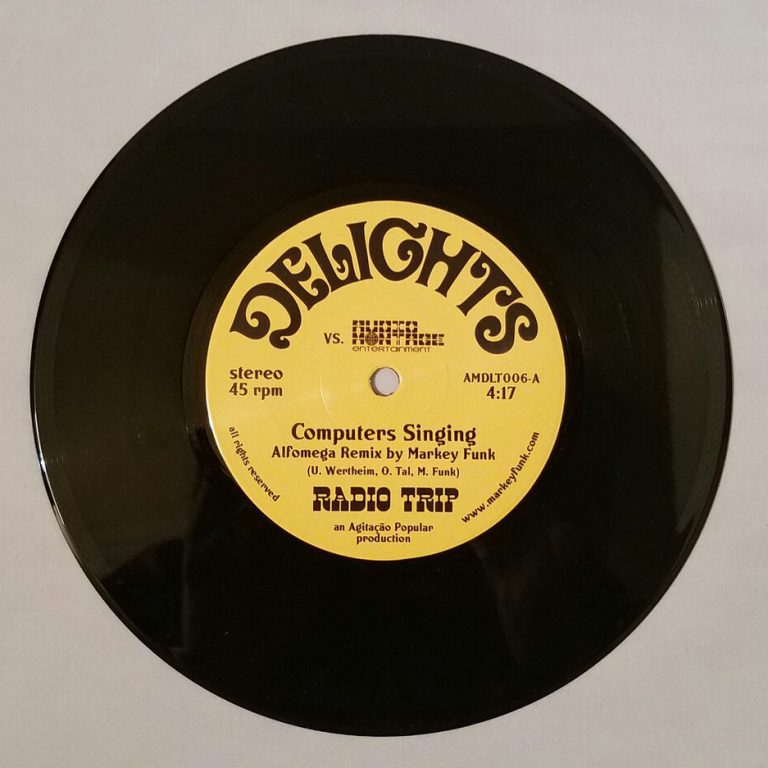 A few months back, I received a message from the Jerusalem based musician, DJ and producer Markey Funk informing me that he was working on a new release that I would dig. Arriving in the post unannounced, I dropped the needle down on this drum heavy, Psych driven 7” that sounds exactly what I envisioned with only a limited description from Markey Funk’s email. After 5 successful releases, and 3 years of silence, Delights comes back to life as Markey Funk’s independent label. And to start the new journey, Markey is closing the circle by paying respect to the label’s birthplace, Audio Montage, with a double-sided psych-funk banger.

Side A is a highly acclaimed remix for Radio Trip’s sampladelic b-boy classic “Computers Singing”, previously available only in digital and CD format. Produced around the same time, as Markey’s debut album “(Forgot The Word)” was completed, this was his first step into the new territory. Largely inspired by the wild side of Tropicalia, the tune gets more and more crazy, from head-swirling fuzzed-out organ, to nearly epileptic guitar solo, without losing its floor-rocking groove.

Side B is a remix for a track by the power duo Left, taken off the band’s second album. With its deep bass line, heavy broken drums and ghostly electronics, this tune set the direction, further followed by Markey on his sophomore album “Instinct”.

The two sides of this 7″ represent two ends of a 6-year period of sound exploration of psychedelic grooves. Two duos, Audio Montage‘s founding fathers on A-side with the label’s youngest artists on the flip, also mark the two ends of the label’s narrative. Every end is a new beginning and for Delights this is an exciting one.