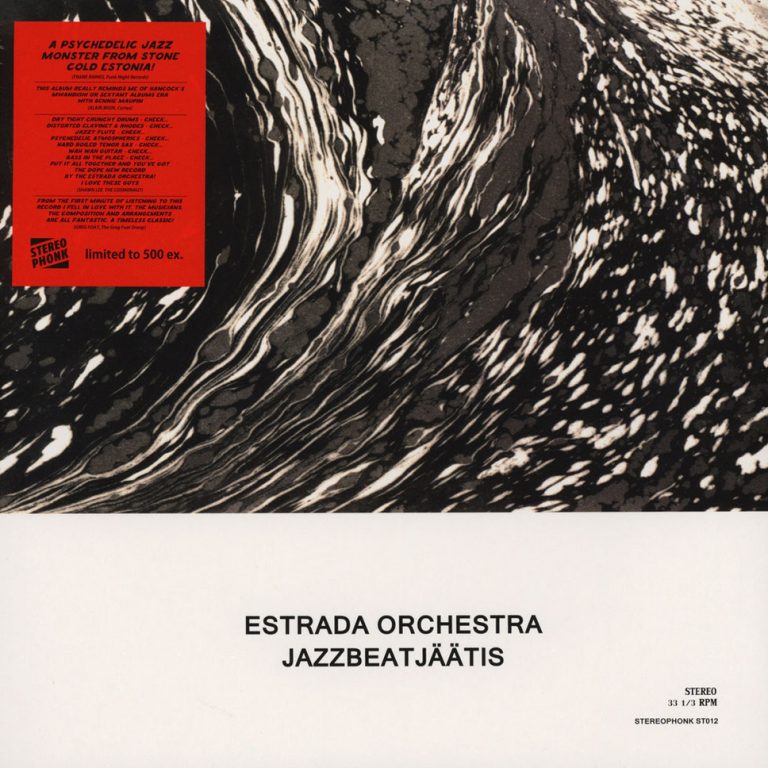 Over the last year, Misha Panfilov has quickly become one of my favorite musicians and composers covering a wide psychedelic, cinematic, jazz-funk spectrum of sounds. Having released four 45’s via FNR and a fifth via Aina Lomalla during that time period, it’s obvious he loves creating. Misha isn’t one to take days off and is always involved in something like the new release and second LP from a group that he’s a part of, Estrada Orchestra. “Jazzbeatjäätis” is combination of sounds perfectly described as “a psychedelic jazz monster from stone cold Estonia” released on the Stereophonk label out of France.

“Forerunners of underground Estonian jazz-funk since 2013, Estrada Orchestra is a 5 pieces band based in Tallinn. Loosely defined genre borders situate the group of master improvisers into equal parts psychedelic grooves and avant-garde. Although names like Herbie Hancock and Mulatu Astatke pop into mind, the list of kindred spirits of Estrada is far and beyond to find.

Established producer and bass player Misha Panfilov brings his expertise in film music, deep funk and Eastern Bloc obscurities, while Volodja Brodsky smooths things out with fusion influences behind the Clavinet and Rhodes. Both composers are equally obsessed with all that’s jazz. Flutist Ilja Gussarov, the solist and shaman of the bunch, orchestrates the crowd into a tribe with a vibe that shines in a live setting. Sashko Petrov on tenor sax and percussion adds the slick soul of a vagabonder to the recipe. Madis Katkosilt provides a solid backbone with heavy beats and just the right amount of crunch on the drums.”

Having the co-signs of musical peers like Shawn Lee, Great Foat and Frank Raines says a lot because each of these guys are leaders in their lane and have serious work ethics which really shows in their music. Check out the new Estrada Orchestra LP here.