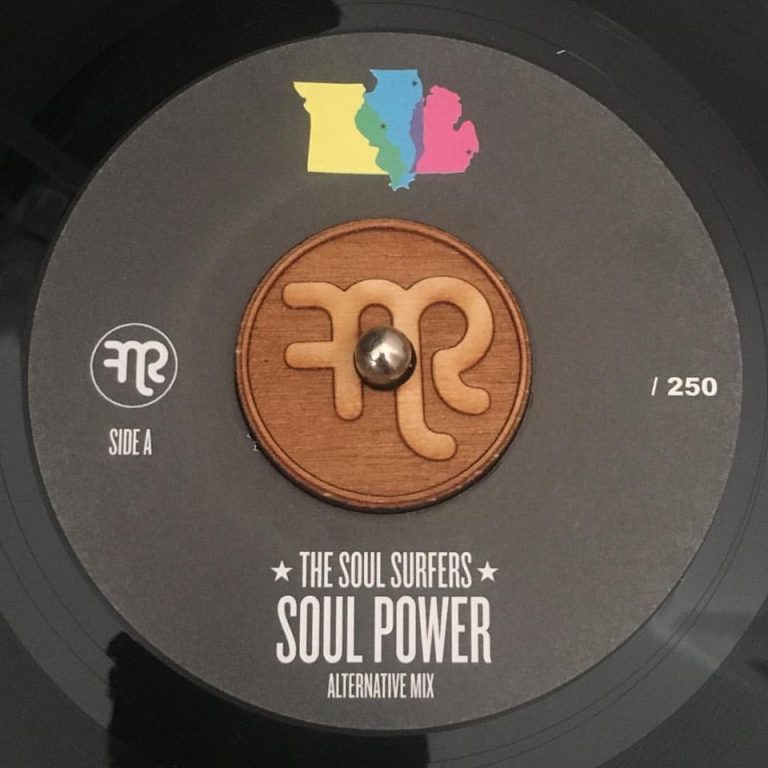 Two years ago, Russia’s Soul Surfers embarked on their first U.S. tour to play a few choice dates in St. Louis, Chicago and Detroit all cities with deep history in the funk 45 releases. The Soul Surfers delivered the goods and got down right funky for the American audience of sold out dates.  To commemorate the two year anniversary of their debut tour, Funk Night Records has pressed a limited run of “Soul Power” (alternative mix) b/w “Jam Session” 45’s, 250 copies to be exact.  Soul Power is a cut that we’ve heard before (originally pressed in 2011) which sold out rather quick but this new alternative mix brings a certain rawness and changes not heard on the original pressing which makes it even more special than just being limited. The new 45 is available now but move quick, copies are going fast as one would expect. *Notable mention as always and shout to Matthew Manley on the label design tying everything together.