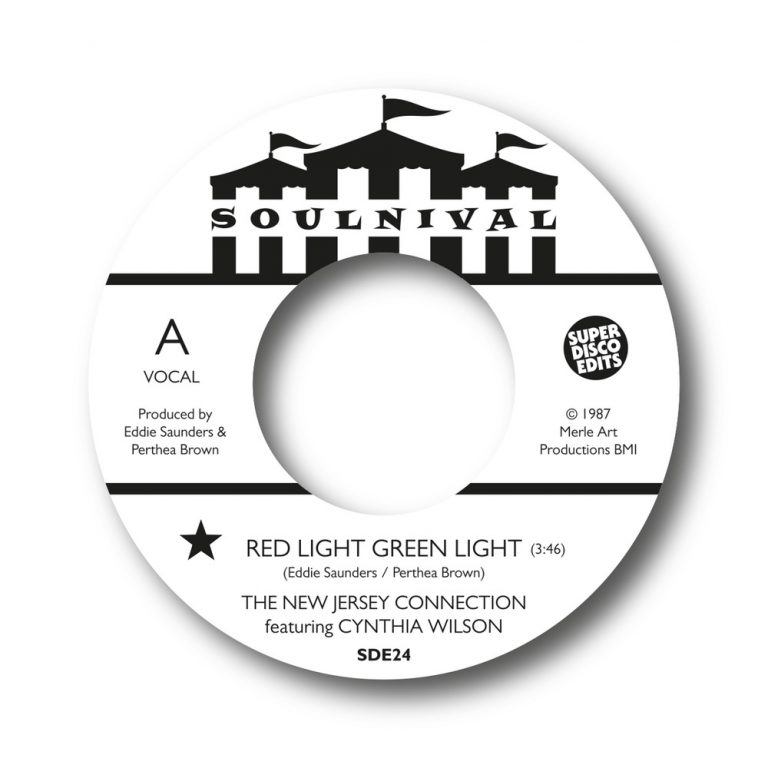 Is there any surprise to know that the Super Disco Edits label strikes again with another previously unreleased sure shot from the vaults and available for the first time? Well that’s what the situation is with their latest 45 and this time from The New Jersey Connection featuring Cynthia Wilson which definitely feels like New York City when listening to it.

“New Jersey Connection are pretty much set in stone in the disco hall of fame after there 1981 smash “Love Don’t Come Easy” on Carnival Records became a hit around the globe.  Fast forward a few years and band leader Eddie Saunders had many other musical groups and acts going on and turning out releases.  In the late 1980’s, he teamed up with singer Cynthia Wilson to record “Red Light Green Light“,  a lovely modern disco cut which sounds refreshing in every way. For some reason the project got shelved and and it wasn’t until 2016 when they returned to it to push forward with a proper release. Not much was changed except for a few tweaks here and there which shows just how timeless music can be when done right. The outcome, a beautiful slice of New York disco soul on 7” that is sure to be a dance floor favorite amongst the crowd.

Promo copies are already sold out but the standard issue pressing will be hitting bins in a few weeks.  Be on the lookout for the release via http://superdiscoedits.bigcartel.com