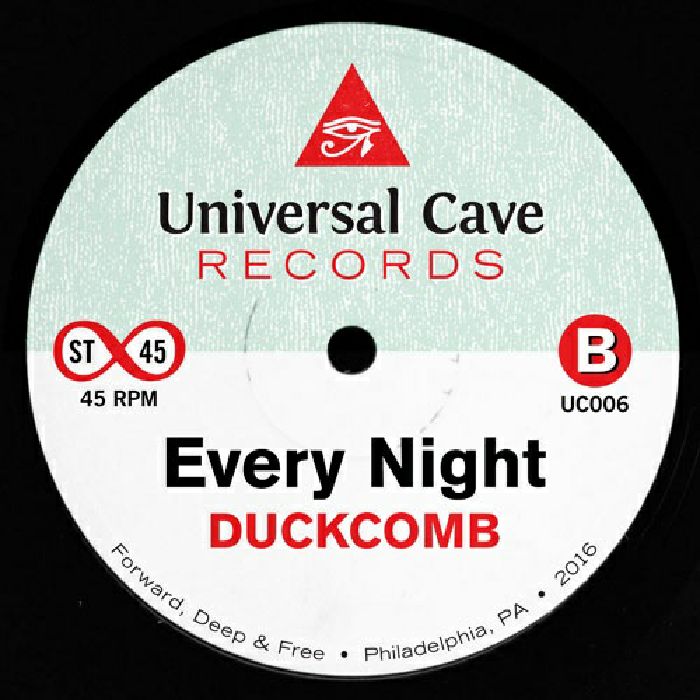 Philadelphia label Universal Cave Records known for pressing slick edits, rarities and cuts that you most likely weren’t up have released their latest 45 from Duckcomb aka Patrick Billiard (and one half of Brooklyn’s Sharegroove). A longtime Brooklyn DJ /collectors whose known for having some serious pieces in his collection takes on an international double-sider featuring two edits from the far corners of the disco stratosphere. The A-side features “Bonnevie” a definite dance floor mover and Filipino disco boogie gem with sexy female vocals, funky bongos and synth melodies.

The B-side “Every Night” isn’t too shabby either! Described as “soft rock for hard times” and heavy in every way. A private press rarity and perfect for the taking as this slow grooving number starts with a nice loop complete with drums in the cut and guitar then fills in with smooth male lead vocals then made even more lovely by female backup vocals.

So far Universal Cave Records has been scoring points with their releases and we love being schooled on tunes that were below our radar so it’s nice to see and hear these types of edits getting some much needed attention.