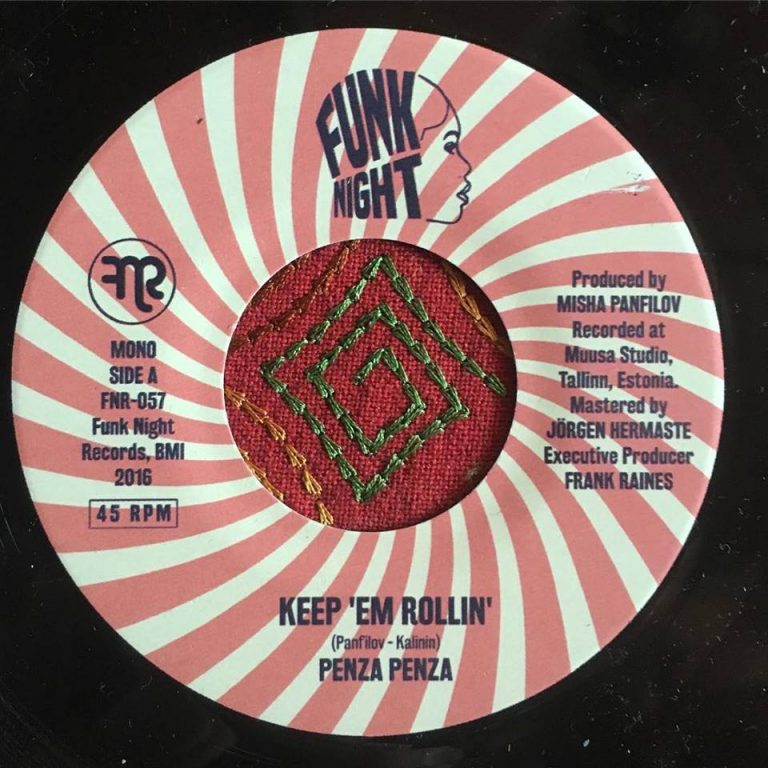 A few months back we received a test pressing from Funk Night Records that caught our attention and was unlike anything else that we had heard from the label. Produced by Misha Panfilov, the new 45 features a tasty Disco-funk double sider from a rather unlikely place, Estonia. Place of origin and sound should come as no surprise to us though as Funk Night has worked with some of the best, under the radar acts and have introduced them to a wider audience especially here in the states. Penza Penza keeps things on time combining a funky soundscape with a heavy groove that sounds very authentic to we would’ve heard during the height of the Disco-funk era.