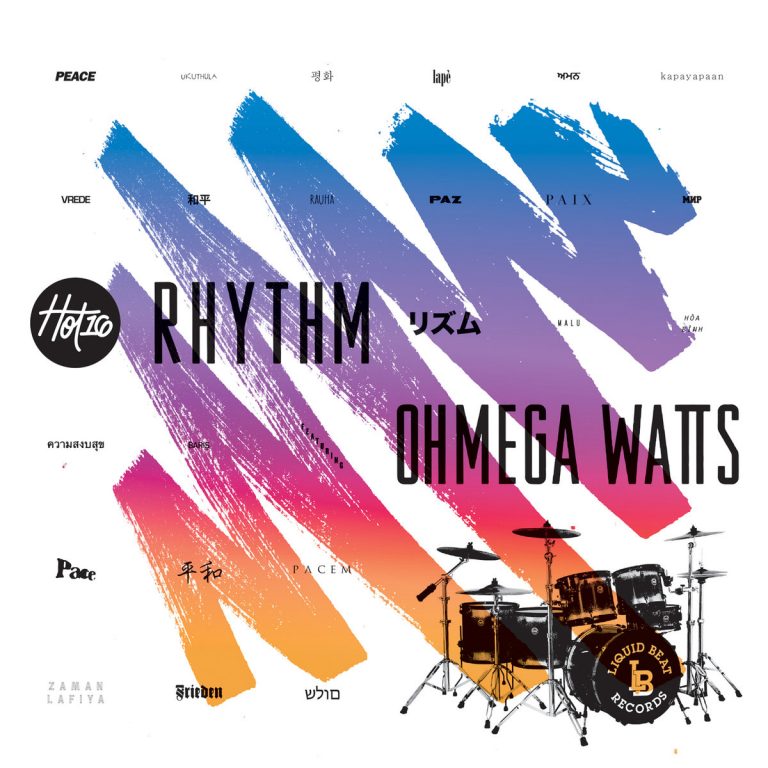 Liquid Beat Records slides into 2016 with it’s latest release featuring Ohmega Watts, one of our favorite DJ / Producer / MC’s in the business who handles lyrical duties over a refreshing Hot16 produced track perfectly titled, Rhythm. Lush and warm, especially during this cold spell that we’re having hear on the east coast, Rhythm is not only an ode to the music that moves the body, but the vibe that connects us all, beyond barriers of language and nationality. Funky and soulful in every way and exactly the sound that we would expect from Liquid Beat Records who have carved out a small piece of the industry to call their own.

The flip features a K-Def remix that brings a bit more of a rugged feel over a driving breakbeat and creates a darker tone. True school Hip Hop done right which carries on tradition without sounding retro or throwback.