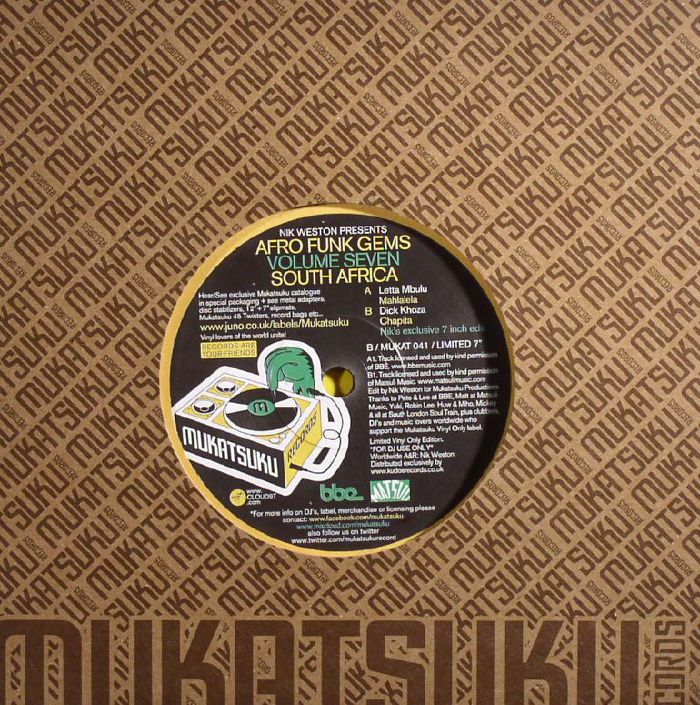 Nik Weston’s Mukatsuku label keep’s DJ’s and collectors in tuned with the latest installment in the Afro Funk Gems series which actually makes this volume seven. A double sider featuring two monumental funky South African tunes presented here in 7” format that originally dates back to the 1970s. The A-side featuring “Mahlalela” by Letta Mbulu who has some very interesting history behind her escaping apartheid and moving to the US which some 15 years earlier had collaborated with Michael Jackson on the track, “Liberian Girl”. Originally recorded for her third album and licensed by Tamla Motown in South Africa, this original 45 is yet another rare sought after cut that is made available here for those in need. The B-side is the slow grooving “Chapita” by Dick Khoza with special 7” edit by Nik Weston himself.

This series has become quite the musical history lesson and essential for those who dig a bit deeper into genres and artists that they might not otherwise have heard of.