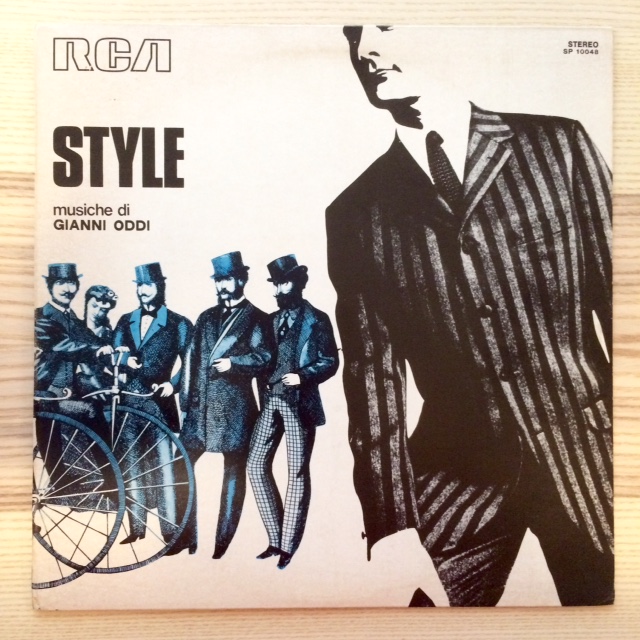 I always felt Gianni Oddi was in total control when creating his musical works, he was confident, structured, funky, and completely well balanced. For those who have never heard of Gianni, this review will give you a very short glimpse into his world of music. For starters, Gianni Oddi was an Italian composer who played the part in many television and Italian movie productions. During the right time too! “Style”, as they called it was simply another complex Italian recording on the legendary RCA SP Series. This was a series written for Television and Movie studios pressed in very small increments and when I say small, it’s been rumored to have been pressed in a 300 LP batch.

Not many of these LPs are floating around and it’s the best of funk, sleaze, lounge, and Italian library all combined in one massive studio session. Style, is an understatement. It’s more than a “style”, it’s the valedictorian and pioneer of the genre. As usual with Gianni Oddi recordings, the production is very lush. I’d imagine they used state of the art instruments such as spring reverb, compressors, and ribbon microphones. Something that today you’d pay a brand new car’s value to have. Recently, Schema Records made a limited reissue of this album and I highly recommend those who don’t have the time, patience, or funds to hunt down an original copy, buy it!

As usual, we at Nostalgia King will let the sound clip do the talking. Enjoy!