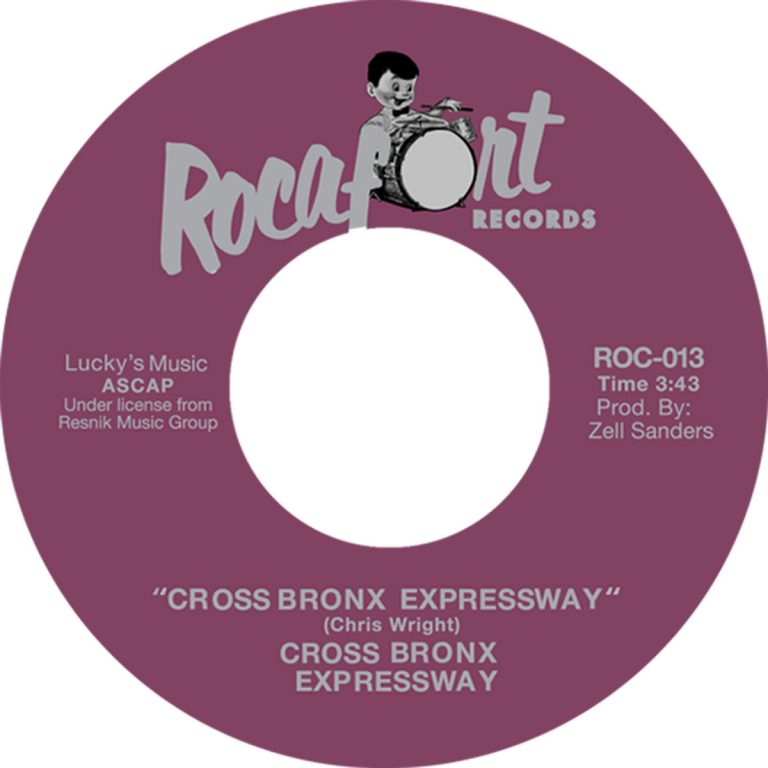 Some records are just necessary and worthy of a welcomed licensed reissue and one that we’re excited about means that we can finally retire our OG copy and now rock doubles of this heavy New York funk 45. Rocafort Records has done the work of presenting Cross Bronx Expressway a limited reissue to a highly sought after (and expensive) 45 for those who don’t already have it in their possession. Originally a house band for J & S Records owned by Zelma Sanders, rumor has it that the band recorded this double sider after a scheduled session ended and there was still time left on the books.

The A-side “Cross Bronx Expressway” is a straight to the point funky break heavy instrumental with Latin influences that takes you back to New York circa 1970s as soon as the needle is dropped. “Help Your Brothers” delivers equal flavor with the addition of vocals and a message, quite fitting considering the state of New York during that time. A solid 45 and one that’s not often heard at funk & soul nights considering the rarity of the original but we’re sure that’ll change soon.