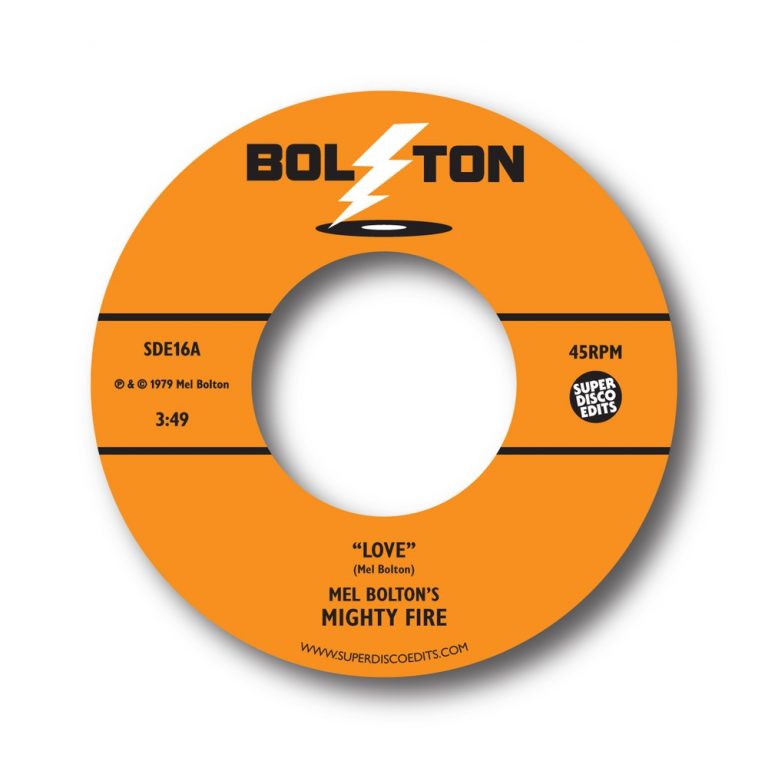 Back with a nice complimenting double sider of unissued goodness recently found on a reel in the vault from 1979 comes the next release via Super Disco Edits from Mighty Fire and this one is a dance floor scorcher! Before signing and recording for Elektra records in 1982, the group recorded material on their own that would later be pushed aside for their major label debut. The A-side features “Love”, a killer modern soul dance floor tune that sounds simply amazing from beginning to fade out and one that could honestly make for a nice 12”.

The B-side slows things down a bit and features a mellow 2 stepper with “I Wanna Talk To You About Loving Me” which definitely has that late night wind down appeal and is pure class for the soul lover in everyone. Two amazing tracks penned by Melton Bolton who has been writing as early as the 70’s and it definitely shows. Credits include writing for Motown and penning songs for Marvin Gaye so it’s great to hear what he was working on and how his style moved forward after that after that era.

Available now for pre-order and shipping around April 22nd