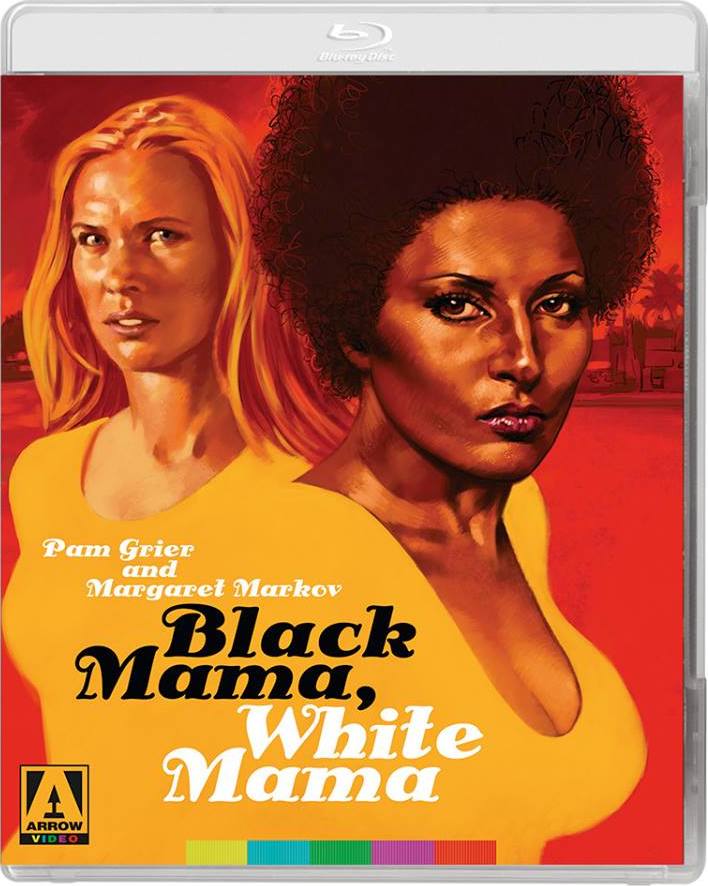 One of Pam Grier’s less talked about films has finally received the Blu-Ray treatment and a proper release via Arrow US and it’s well worth the purchase especially if you’ve never seen her films outside of Foxy Brown and Coffy.

CHICKS IN CHAINS ON THE LAM FROM A PRISON HELL!

Before her iconic turn in Coffy, Pam Grier starred alongside Margaret Markov in a grindhouse spin on Stanley Kramer’s The Defiant Ones, fusing the Women in Prison film with the emerging Blaxploitation movement for a riotous romp of bullets, babes and blood! Lee (Grier), a tough prostitute and Karen (Markov), a revolutionary, are admitted to a tough women’s prison where almost immediately (after some playful showering that prefigures Porky’s) they clash. Sent off to a maximum-security prison, their transport is ambushed by Karen’s guerrilla friends and the two escape into the Filipino jungle. Chained together and with differing escape plans their clash intensifies as Lee wants to retrieve a stash of stolen cash to get her off the island and Karen wants to re-join her revolutionary group. Escape isn’t easy as they come up against a series of obstacles including a corrupt cop, a bounty hunter, a sadistic Drug Lord and guerrillas who threaten to turn everything upside down.

Chock full of girl fights, gun battles, nudity and humor, Black Mama White Mama, which was also known as Women in Chains and Hot, Hard and Mean, lives up to all its titles as well as featuring a brilliant Sid Haig (Spider Baby, House of 1000 Corpses) as a cowboy bounty hunter and Lynn Borden (Frogs, Dirty Mary Crazy Larry) as a lesbian guard from a script co-written by Jonathan Demme (Caged Heat) and a score sampled by Quentin Tarantino for Kill Bill.

Our friends over at Diabolik DVD have it in stock and ready for purchase.