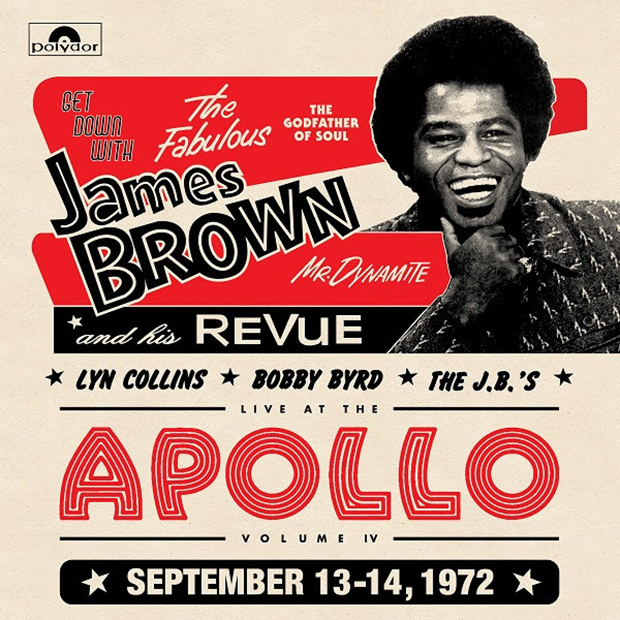 The James Brown Revue: Live At The Apollo IV

The reoccurring theme that you hear from most collectors is “record store day is everyday” which may hold true for most but it’s not everyday that music lovers are treated to such gems that may find their way to the bins. Sure, for the true music lover and collector, the hassles of dealing with crowded shops and greedy buyers hoarding multiple copies of pointless releases to later sell on eBay are never worth going out but instead well spent home enjoying what already fills your personal crates. But every so often a release comes across that you may need to call in favors to the shop owner and let them know that you need them to hold you a copy of a release, which is the case in the upcoming James Brown and his Revue “Live at The Apollo” IV. 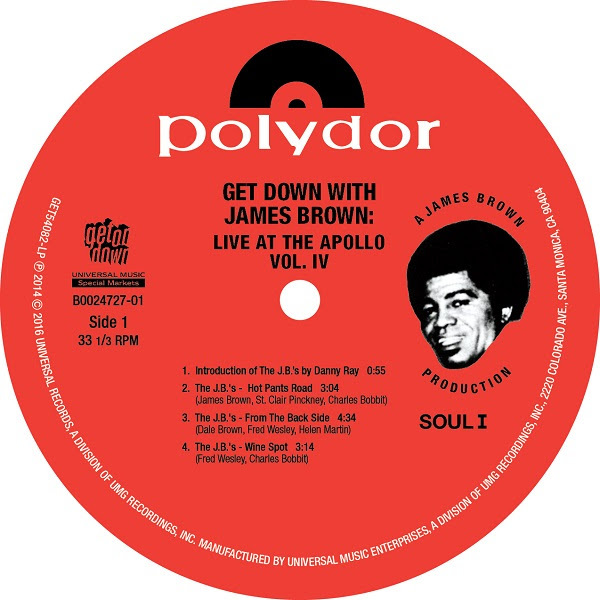 Boston’s Get On Down has dug into the archives to bring you for the first time in recorded history (vinyl or CD), recordings from this legendary concert that was recorded at The Apollo in New York City in 1972. The live recording features the amazing cast of Bobby Byrd, Lyn Collins and of course The J.B.’s backing Soul Brother #1. In volume IV, we believe this to be the most desirable, for us at least especially with the killer tracklist going on and at the height of many of their careers. From “Hot Pants Road” to “Pass The Peas”, “Think” to “I Know You Got Soul”, this 2LP vinyl set is a must own especially for the JB fans out there!