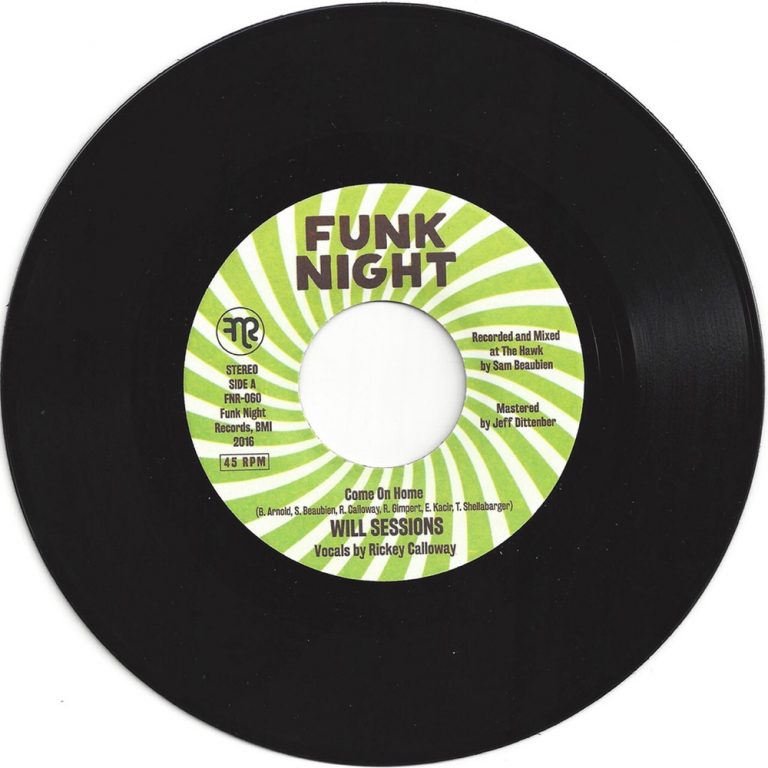 We don’t know the last time the Detroit Tigers won a world series (actually it was 1984) but we do know when it comes to being the champions of releasing Funk 45’s here in the states, no one does it better than Detroit’s Funk Night and they’re back with another grand slam home run. The latest release that dropped this week comes from Will Sessions and features Rickey Calloway on vocals. The two have worked together on multiple 45’s previously and the latest follows in a series of heavy funk and guaranteed floor fillers.

The A-side, “Come On Home” shows Rickey Calloway who always seems to be at his best and this time on bended knee asking for his lady who he can’t believe is gone to come home. The flipside “Off The Line” is straight instrumental and heavy funk business that you’ll only be able to hear from this Detroit combo of Will Sessions and Funk Night Records. Do yourself a favor and grab a copy because from the word on the street, this one is selling out pretty quick.