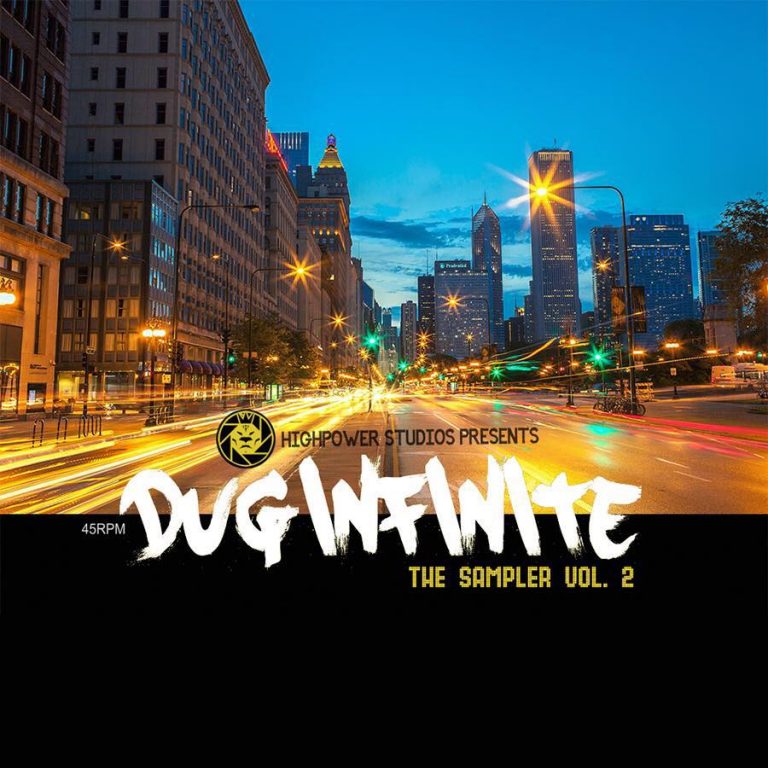 In need of the rough, rugged and raw head nod that’ll jump out your speakers with no regards for self inflicted whiplash? Well there’s no need to look any further than the new 45 from Bay Area homie, producer Dug Infinite. Produced by Dug Inf himself and teaming up with Teeko on the flip to release “The Sampler Vol. 2”, the first in a series of follow ups to his 2002 Hip Hop instrumental album produced by himself and NO I.D.

The first release from the lab is pure Hip Hop production, from the heavy kicks and snapping snares to the sample flips and chops this is straight class from someone who knows his way around the studio and how this genre is supposed to sound. We’ve been getting quite a few releases come across our desk that feature great production work so it’s a no brainer that one of Hip Hop’s highly regarded step into the arena. The sound of music is changing and so is the industry, the independents are in a great place and as music lovers, these are the types of artists and records that we should be supporting.

Peep the video below then head over to their site to stay up on details of the release.