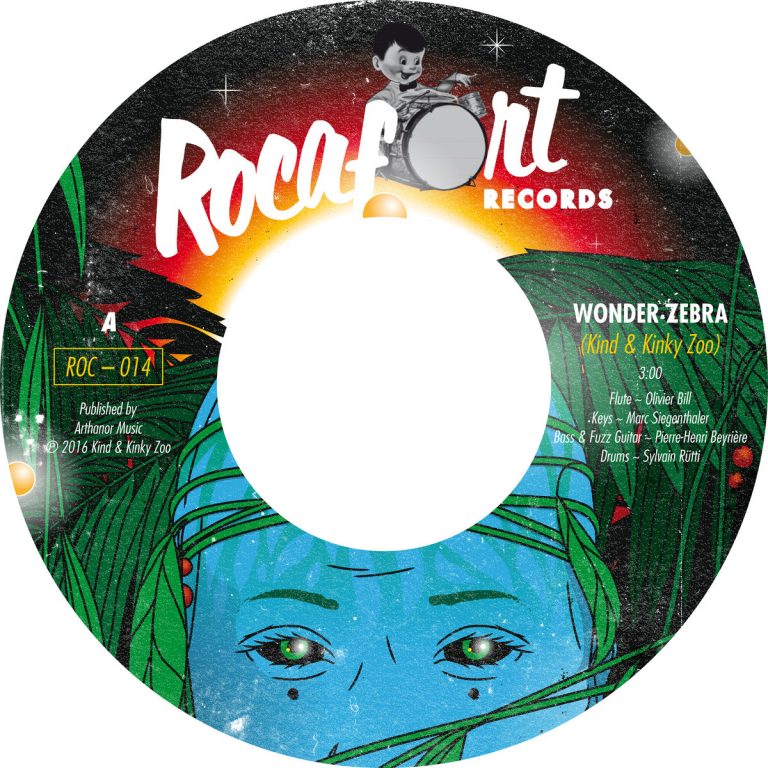 It’s amazing how things come full circle and worlds reconnect in different ways when music is concerned. What we have here is the latest Rocafort Records release from Kind & Kinky Zoo a band that we’ve been familiar with since the very beginning. Flashback to the mid 2000’s while in DJ’ing Switzerland, I met and became close friends with a group of Bboy’s from Lausanne that represented a crew known as 7$ (Seven Dollars). One of the Bboys went by the name of Dollar Bill who would later tell me about his new band, Kind & Kinky Zoo and proceeded to hand me their fist 7” release. Fast forward to the present and Olivier Bill is still that Bboy delivering flute solos alongside this funky band.

“After the successful “La Jupe Volante” project, whose B-side has been synchronized on the Australian TV series the Offspring (Channel Ten); Kind & Kinky Zoo are back with some hard hitting pure laidback style music. They have received massive support both in the clubs and on the airwaves and now they are back, with on the flipside the help of Lack of Afro, or Adam Gibbons as he’s known to his psychiatrist. Two pistol paced and good-natured tunes as they are very capable of”.

Somewhere between retro Psych and Afrobeat lies the Wonder Zebra, a heavy, energetic and frantic thrill ride that would fit perfectly as a John Steed and Emma Peel theme. The flip side features V.L.A.M., a cut previously released on an early 7” but this time given the remix treatment courtesy of Lack of Afro. A breezy bite size chunk of head nodding, foot tapping funky goodness led by a warm, sunny flute and irresistible Rhodes, rather reminiscent of a 60s slice of dance-floor friendly acid jazz. Small but perfectly formed.