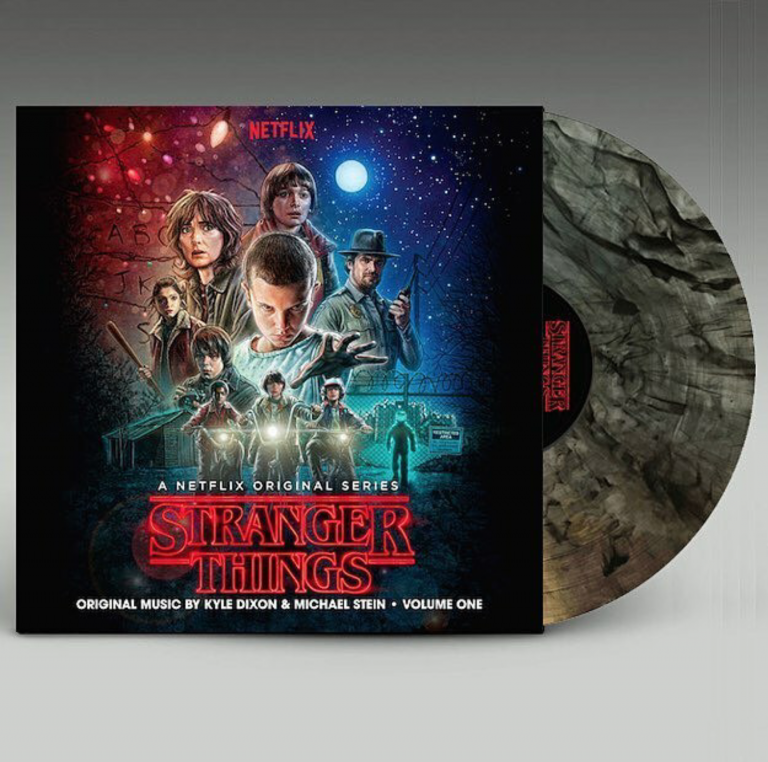 Well you knew it was only a matter of time before the what very well might be everyone’s favorite show of 2016, Stranger Things got the vinyl treatment. The Netflix series has gotten thumbs up all around, from the writing and directing, to the casting and of course the amazing score. Scored by Kyle Dixon and Michael Stein, and originally released via iTunes and coming soon to CD but the real gem lands just a few weeks later in vinyl format via Lakeshore Records.

The first volume of the double LP comes in a gatefold sleeve and includes a printed insert featuring album credits and additional art and of course there will be color variant pressings to choose from. There will also be a second volume to be released in the future as well as a 4xLP limited edition box set from UK’s Invada label featuring both volumes.

You should start seeing the first volume hit record bins around Oct. 28th