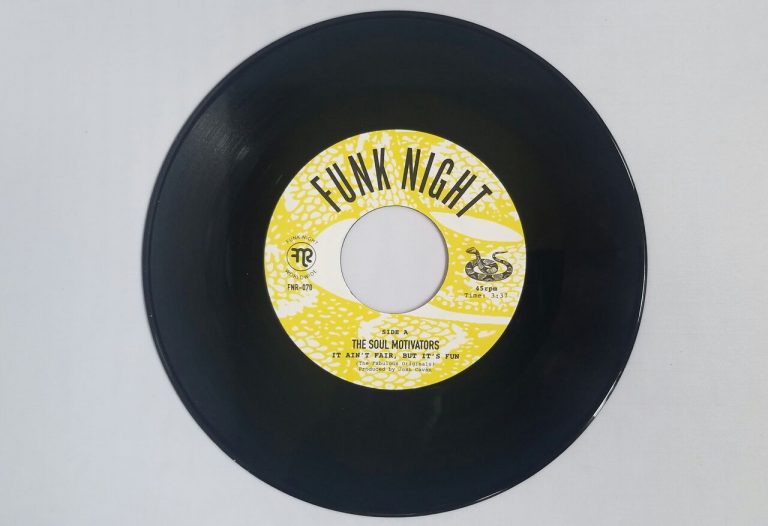 The Soul Motivators – It Ain’t Fair, But It’s Fun

Detroit’s Funk Night Records keeps rolling out release after release and starting 2017 out with a bang! First up from The Soul Motivators “It Ain’t Fair, But It’s Fun” features the group doing an incredible job covering what very well might be in my top 5 Funk 45’s off all time originally recorded by The Fabulous Originals in 1971. Keeping in with the spirit of the original while making it their own, the track opens up drum roll first and funky as ever before the screaming horns take over. Play both versions side by side and you’d be hard pressed to choose a favorite, but for those of you that aren’t fortunate enough to already own an OG copy (and even if you do), this will surely be the go to play out version, which sounds incredible on the sound system. The flip side, “Side Hustle” tones things down a bit and lays in on the groove side with the horn section playing focus but not taking away from the other instruments including the nice breakdown situated in the middle. The Soul Motivators knock it out the park and do a smash on this double sider, but that’s expected when it’s coming from a label like FNR.