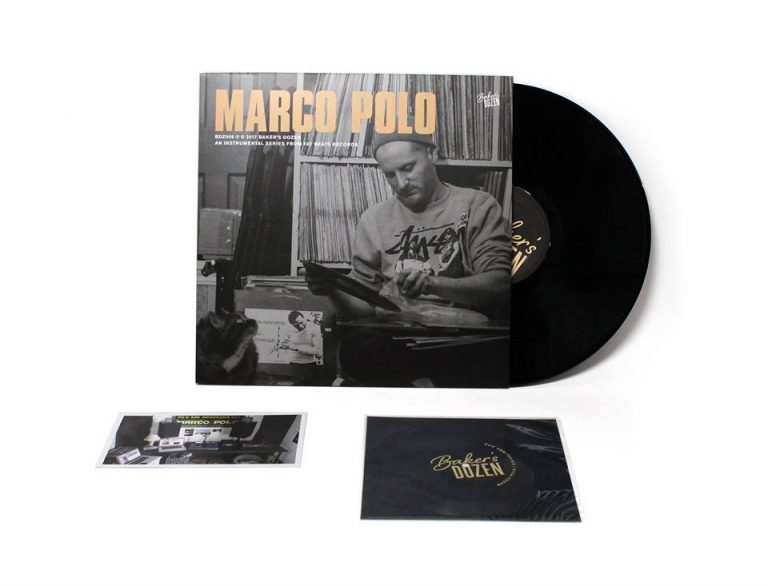 Fat Beats returns with their latest installment in their producers series, Baker’s Dozen with a very welcomed addition to the catalog featuring production by Marco Polo who is definitely one of my favorite producers turning out gem after gem for the who’s who of MC’s on the scene.  Marco Polo delivers 12 solid tracks of what some would call boom bap but since the weather has finally broke and delivering plenty of sun, I’ll refer to it has heavy jeep beats perfect for rolling through the New York streets.

“Another nerdy thing I dig about these versions is most of them are the OG raw MPC versions before they got all mixed down and separated. My fellow producers can relate to the agonizing process of “chasing the demo sound” in the final mix…we wanted to keep it 100% rare and unreleased.” – Marco Polo