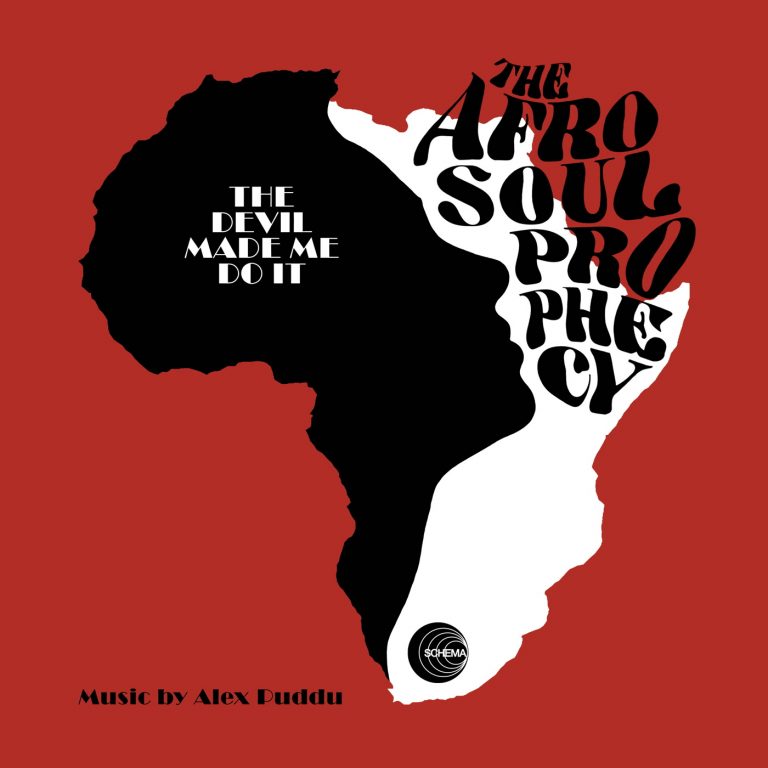 The Afro Soul Prophecy – The Devil Made Me Do It

“The Devil Made Me Do It” is a three-track EP, a homonymous one and two different versions of the same, distributed on the two sides of a 10-inch LP. The music composer is Alex Puddu, longtime Schema Records collaborator with several solo works in a very different music field than this.

In fact, the main source of inspiration of “The Devil …” is the music of Fela Kuti, with particular reference to the Africa 70 project to which he belonged together with drummer Tony Allen. In its original version, “The Devil Made Me Do It” is pure downtempo afro beat while, for what concerns the other two versions here included, the “Invisible Cosmic Echoes” has a slower pace and is characterized – as the title suggests – by reverberations and space sound, while the “Invisible Astral Wave” is perfect for a DJ remix and has got a slightly accelerated pace, with an emphasis on the percussive / tribal element.

“The Devil Made Me Do It” confirms once again that a handful of notes and chords is more than enough to produce charming and enchanting music; to light the fuse of creativity we don’t need anything else than a bunch of few right tones!