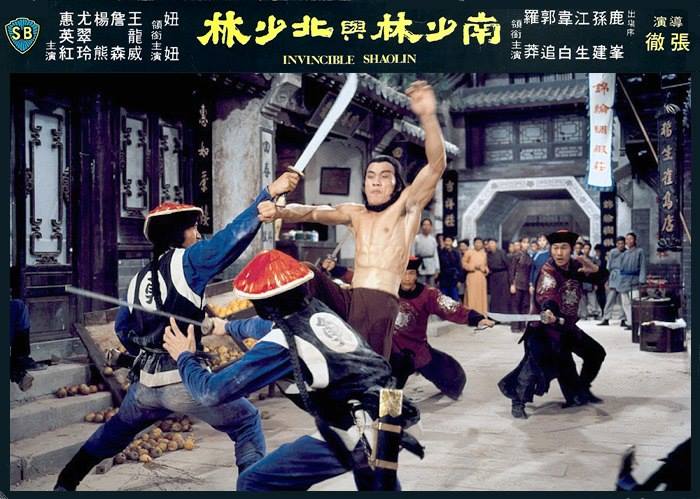 Starting a new segment here on Nostalgia King called Shaolin Sunday where I’ll recommend some of the best Kung Fu flicks for your immediate viewing.  From time to time to time there will be guests and fellow Kung Fu film lovers adding to the list with some of favorites as well.  But for now, let’s get started with the show!

One of my favorites and much watch classics is 1978’s Shaw Brothers produced, Chang Cheh directed, Invincible Shaolin aka North Shaolin Against South Shaolin aka Unbeatable Dragon which its commonly referred to here in the States and stars the infamous Venoms squad. 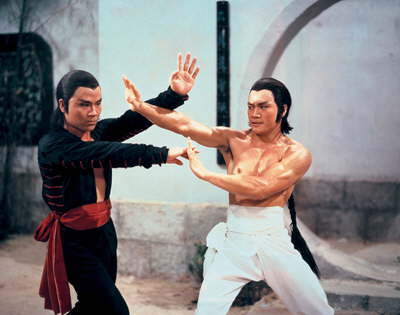 “An evil Qing general (Wong Lung Wei) comes up with a brilliant plan to rid the Qing Empire once and for all of the Shaolin masters. He invites three Northern Shaolin experts to his mansion and has them fight in a contest against three novice Southern Shaolin men already present at his mansion. By royal decree, Shaolin was required to supply experts to teach the Qing troops martial arts. The Northern Shaolin experts easily and decisively win against the South Shaolin men. After the contest, the general visits the South Shaolin men in their quarters later that night and secretly kills the Southerners. He then has his subordinate go to South Shaolin placing the blame squarely on the Northerners. The Southern master of the dead disciples is deceived into believing that the Northern experts killed his disciples. This would begin an internal conflict between both Shaolin schools. It is only when the South Shaolin experts have their final confrontation with the Northerners that the general reveals himself. The experts from both schools realize they have been deceived and manipulated. Joining forces both North and South experts battle the general and his troops to allow some of their fellows to escape and reveal the Qing plot to destroy Shaolin.”