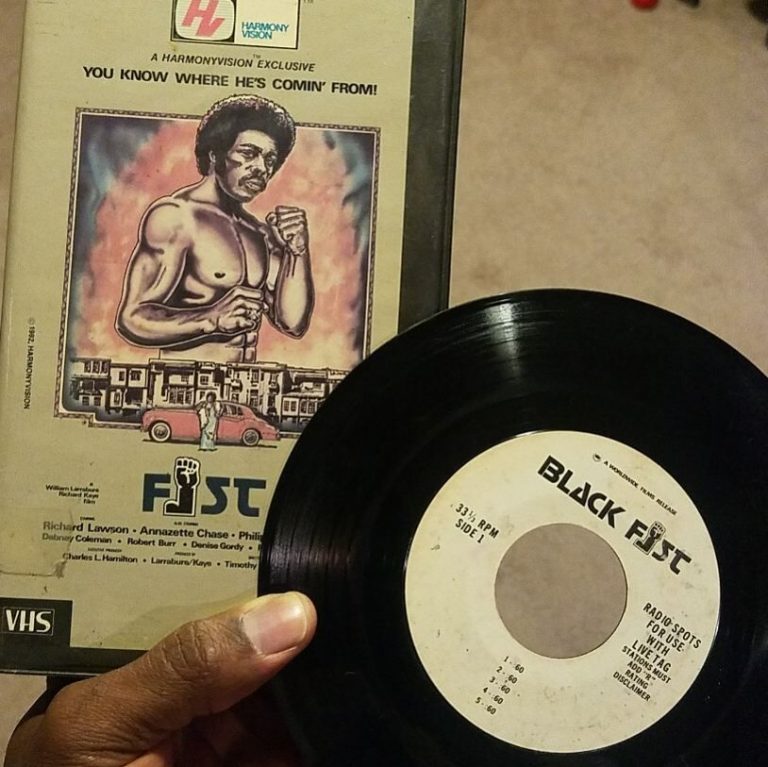 It’s Tape Tuesday and also movie night so I decided to pull out a rare print on VHS that I haven’t watched in a minute by the name of Black Fist aka Bogard aka Black Street Fighter (1975) starring Richard Lawson, Philip Michael Thomas, Dabney Coleman and Annazette Chase about a streetfighter who goes to work for a white gangster and a corrupt cop. The accompanying vinyl soundtrack that provides accompaniment for the movie was released in 1977 and consists of vocal disco and funk instrumental tracks from performers such as Velvet Fire, Jesse James, Paul Humphrey, Geraldine Kaye, Bishop Mounger, Denise Gordy, Art and Ron, Sam and Jus’ Us, and Sam Shabrin.