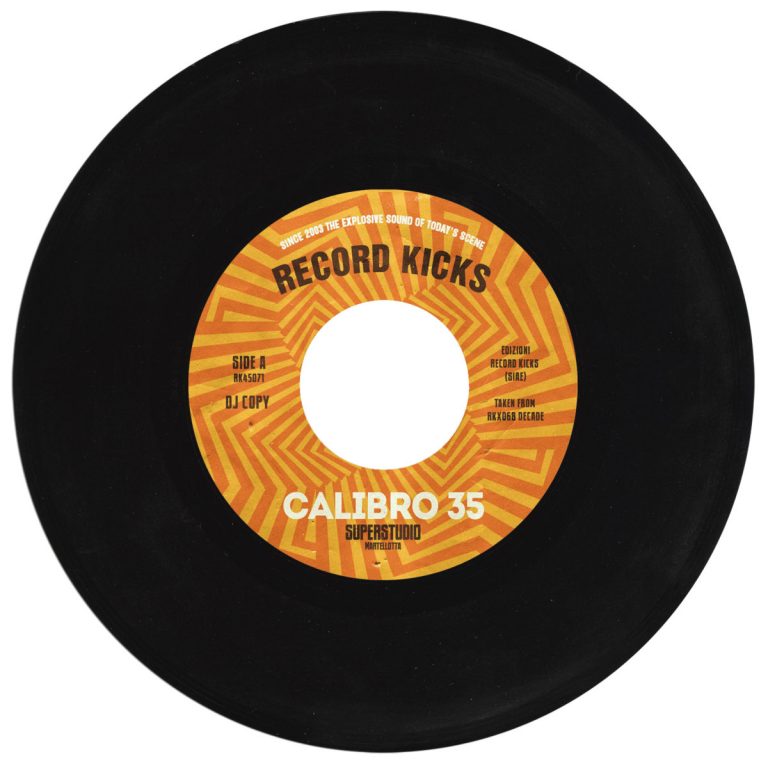 Italian cinematic super funk combo Calibro 35 who made media noise last year after  there SuperStudio track was sampled by Dr. Dre and Jay-Z are back and set up to release their latest LP, Decade but not before dropping the chase theme style 7″ that caught the attention of the Hip Hop duo.  Calibro 35 have made a name for themselves in their cinematic sound following in the footsteps of some of the great Italian composers before them. “SuperStudio” (45 edit), pulls inspiration in it’s creation from a film starring Clint Eastwood and Pam Grier that doesn’t actually exists but if that’s what it takes to get into the studio and turn something of the sort out, then so be it.