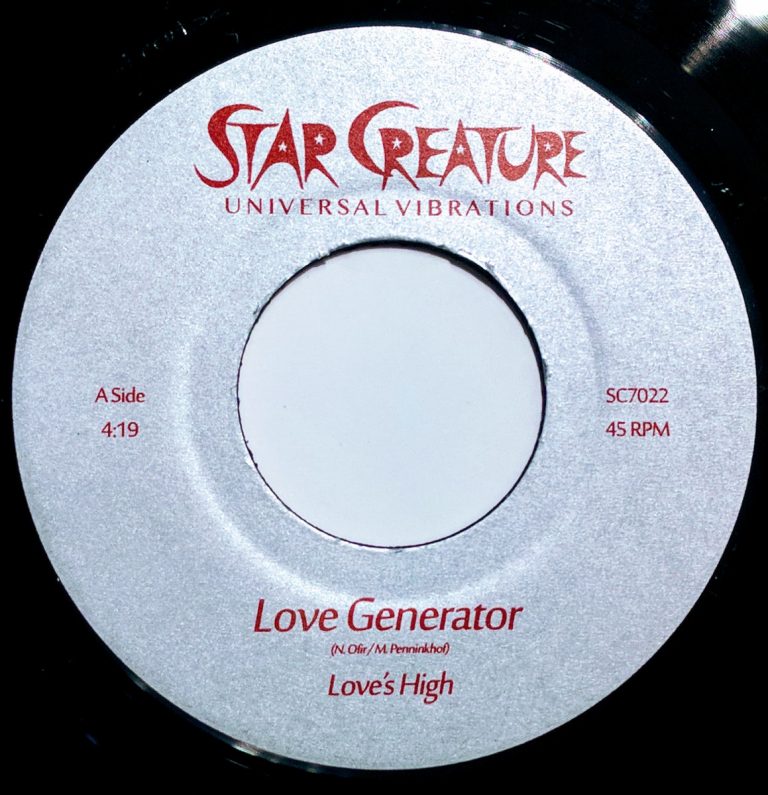 It’s always a great feeling when you witness the growth of long time creative friends putting their talents to work and having those in the scene appreciate their efforts. One of those talents is the homie Soul Supreme who I’ve known for quite sometime, has been a regular at my parties in NY, have visited his home and played his party in Tel Aviv and have broken bread in his now residing home of Amsterdam.  As a producer, his new release is joint effort under the nom de plume of Love’s High along with special guest vocalist Marlon Penn who deliver “Love Generator”, a modern funk gem with that perfect Star Creature sound. The flip features “Moon Bounce” a straight instrumental that takes you to the skies and beyond.