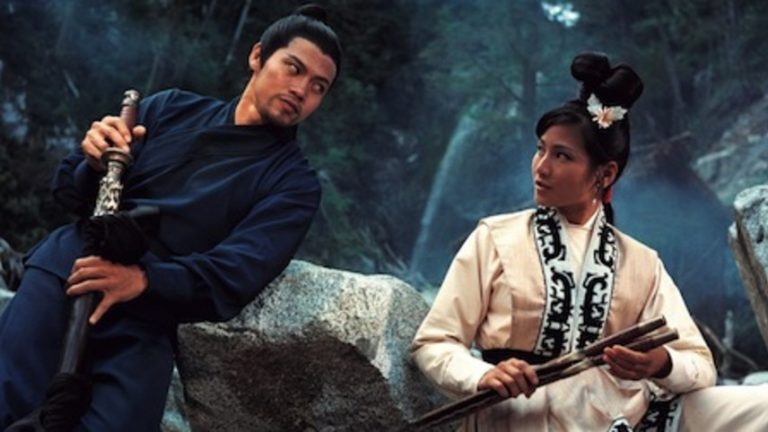 50 years ago the Shaw Brothers film, Golden Swallow aka Girl With The Thunderbolt Kick starring the lovely Cheng Pei Pei, Lo Lieh and Wang Yu made it’s theatrical debut in cinemas.  Golden Swallow was the follow up to Come Drink With Me with Cheng Pei Pei reprising her historic role.

Golden Swallow revolves around the further adventures of its title character. This time around, she is forced into violence when a figure from her mysterious past goes on a killing rampage while leaving evidence that holds her responsible. Golden Swallow also makes room for a love triangle involving a mad, but righteous, swordsman named Silver Roc and a gentle warrior named Golden Whip. The three team up to conquer the evil forces of the martial world, but their joint venture only lasts so long, due to the two men’s egos. Ultimately, a duel to the death is planned between them, leaving Golden Swallow caught between two men, both of whom she admires.