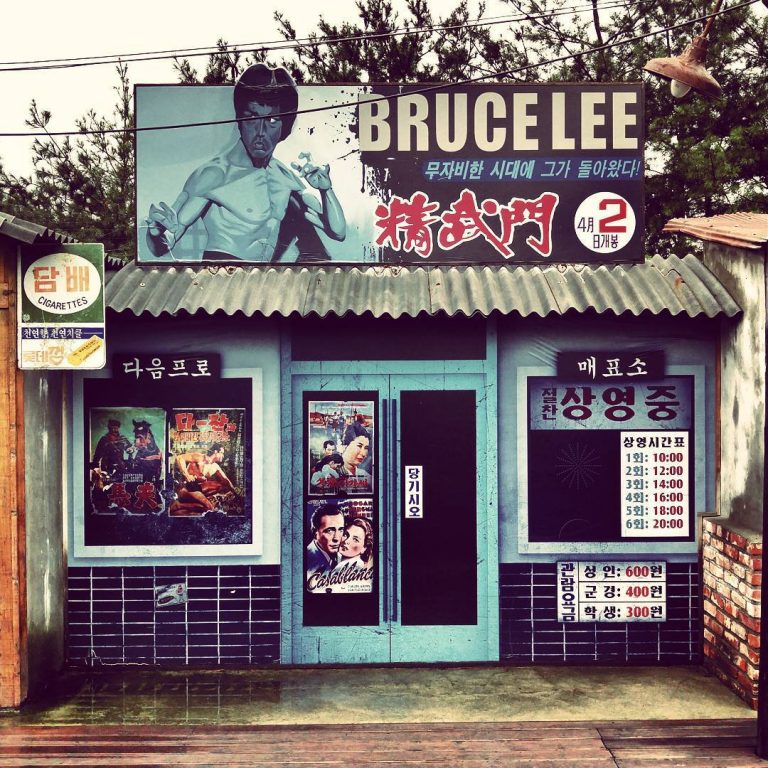 I always try my best to hit the notable sights when traveling to other cities or countries and this time in Korea is no different. Located in the Gangwon Province at a local rest stop / truck stop is a 1970’s era recreation of a Korean movie theater featuring a billboard ad for a Bruce Lee film displayed loud and clear.  In addition to the the Bruce Lee billboard, there are also posters for the Humphrey Bogart classic, Casablanca and what looks like a Tarzan film amongst other things.  Whoever decided to design and recreate this mock vintage movie theater gets two thumbs up! 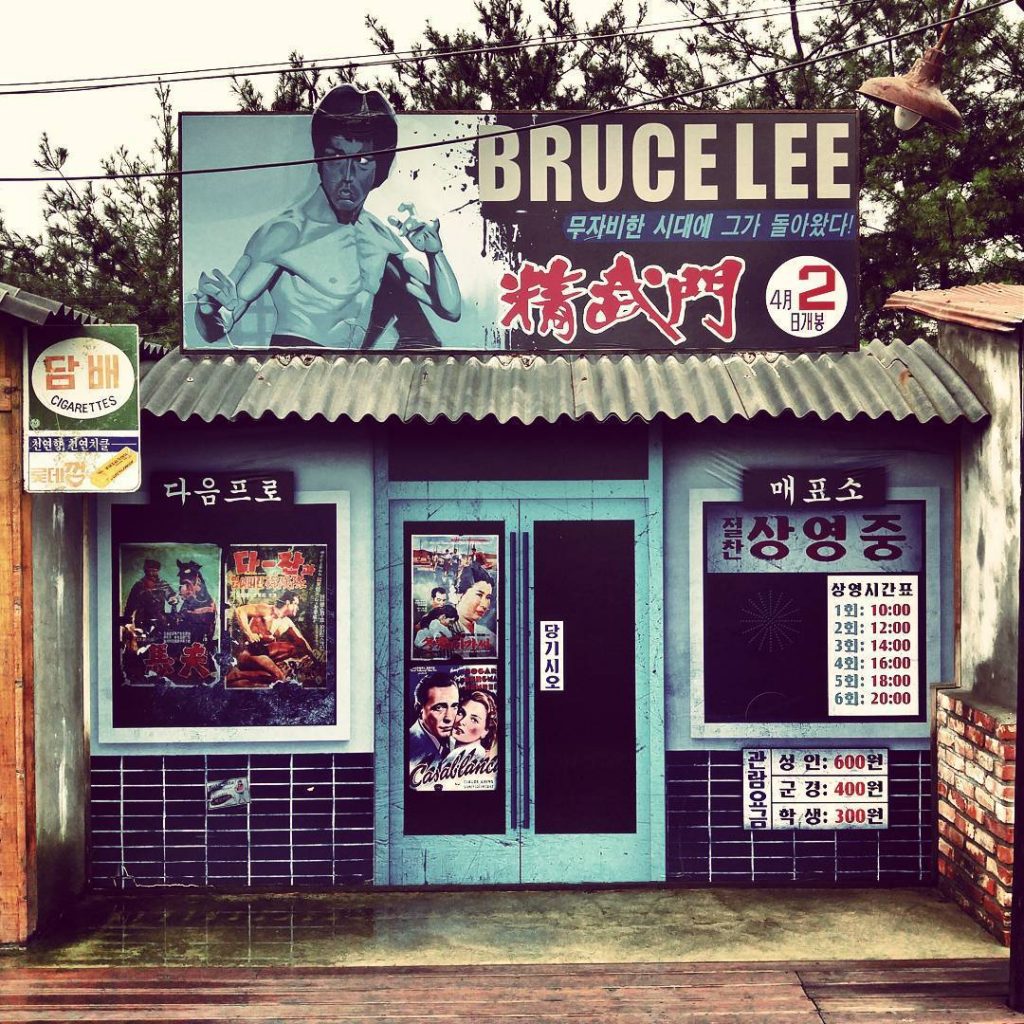