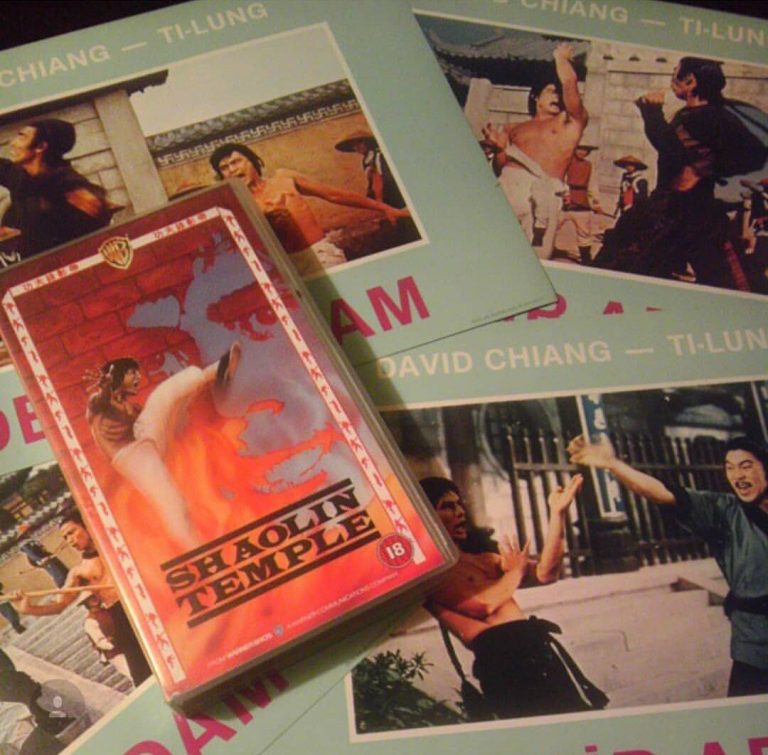 September has begun which means fans of classic Shaw Brothers Kung Fu films are celebrating #Shawtember for the month and we’re right there with them.  So we’re kicking things off on Shaolin Sunday with Death Chambers aka Shaolin Temple starring Chang Cheh’s all star cast of David Chiang, Ti Lung, Fu Sheng, Wang Lung Wei and Lu Feng to name a few that have made regular appearances in his films.

The film opens with the chief Shaolin Monks realizing that time is not on their side and they must train more fighters to fight the Qings. The monk Hai Hsien (Shan Mao) opposes this as he is secretly working for the court. Outside many men are sitting in front of the temple waiting to be accepted in, Fang Shih Yu (Alexander Fu Sheng), Ma Chao-hsing (Tony Liu) and others, as the temple tests the will of potential students by making them wait outside for days, eventually the two are accepted in for “training”. Fang Shih Yu becomes frustrated immediately as Shaolin methods of teaching martial arts are rather obscure, although Ma Chao-hsing begins learning the five animal styles from the start.

The Qing scheme to destroy Shaolin. Hai Hsein returns to Shaolin looking to recruit more traitors to set up the temple for a raid. All the accepted students become close friends and proficient in their kung fu, except for Fang Shih Yu (who is unknowingly learning tiger boxing but is impatient). He keeps getting into fights with Ma Fu Yi, who is disgruntled with being at Shaolin. A mysterious figure at night (perhaps his friend Ma Chao-sing) begins teaching Fang Shih Yu the tiger-crane style and he defeats Ma Fu Yi in a friendly spar. This sparks the curiosity of Hai Hsein as he takes Ma Fu Yi under his wing and recruits him as a traitor. Things begin to go sour at the temple due to the treachery of Hai Hsein and Ma Fu Yi and it is eventually attacked by thousands of Qing soldiers, and an all-out battle occurs at Shaolin Temple with only eight Shaolin devotees escaping the ensuing massacre.