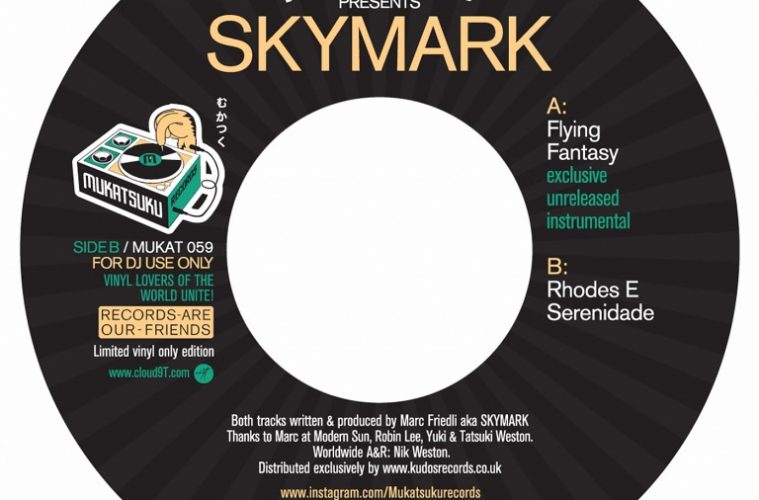 We’ve been a serious jazz mode hear at Nostalgia King both revisiting older works as well as giving time to some newer ones that may not have gotten enough attention form us especially with the amount of music that one can consume in a single day. Mukatsuku swoops in to present us with some perfectly fitting fall time selections in the jazz spectrum and diving into the back catalog of Marc Friedli aka Skymark. Dreamy jazz that was originally featured on his 2016 release “Resistance Sonore” the A-side features “Flying Fantasy” in it’s instrumental form for the first time with “Rhodes E Serenidade” covering the flip and originally featured on his 2015 “Waves from The Nucleus” LP.

This is a perfect way of introducing newer music to an audience that may not have been previously hipped as well as giving those already in the know, a new reason to enjoy these cuts again on a handy 7″.