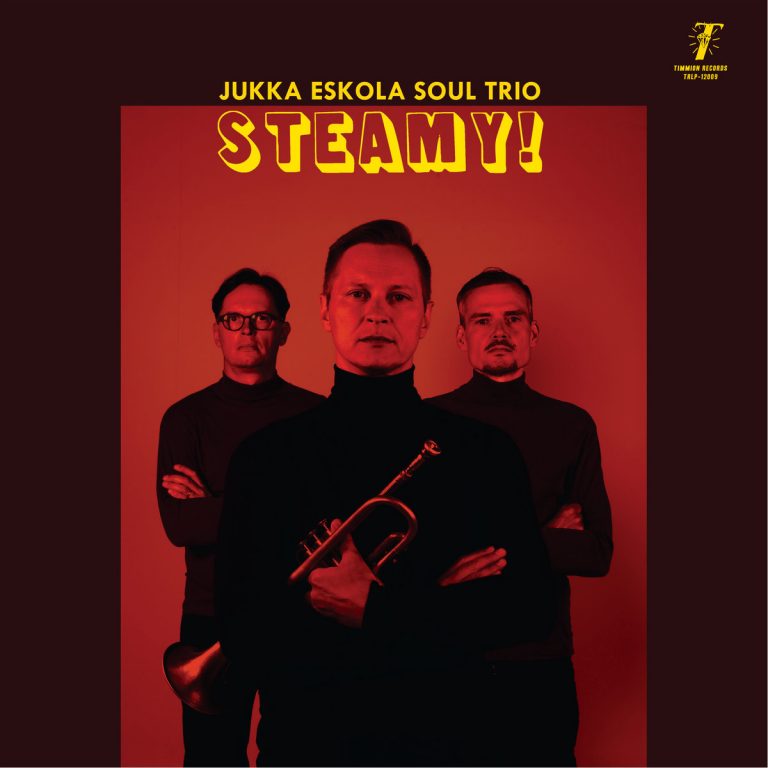 I think it’s safe to say that this fall / winter will be the season of listening to nothing but amazing new Jazz recordings which have been filling our crates over the last year. It’s no secret that without a doubt, some of the finest Jazz at the moment is coming from Finland and has been taking up plenty of rotation time. Timmion Records is one label that is no stranger to releasing fine Jazz an their latest dropping from Jukka Eskola Soul Trio is off to sounding like a masterpiece.  “Steamy!” is the second album from Jukka Eskola Soul Trio on the Timmion label and delivers an 8 cut explosion of soulful and progressive jazz numbers with a heavy influence of 1960’s and 70’s aesthetic.

“Calling the Soul Trio a group of virtuosic players is an understatement as all of them have been working at it on a professional level since the 1990’s. Trumpetist Eskola and drummer Teppo Mäkynen were both a part of the Helsinki nu jazz movement of the time, which later evolved into the now iconic Five Corners Quintet, while organist Mikko Helevä has hammered his Hammond in underground Finnish jazz funk groups for as long as his two band mates. Together they cook up a stew, which is like a bowl of perfect bouillabaisse, rich with flavour and with nice bits to chew on.”