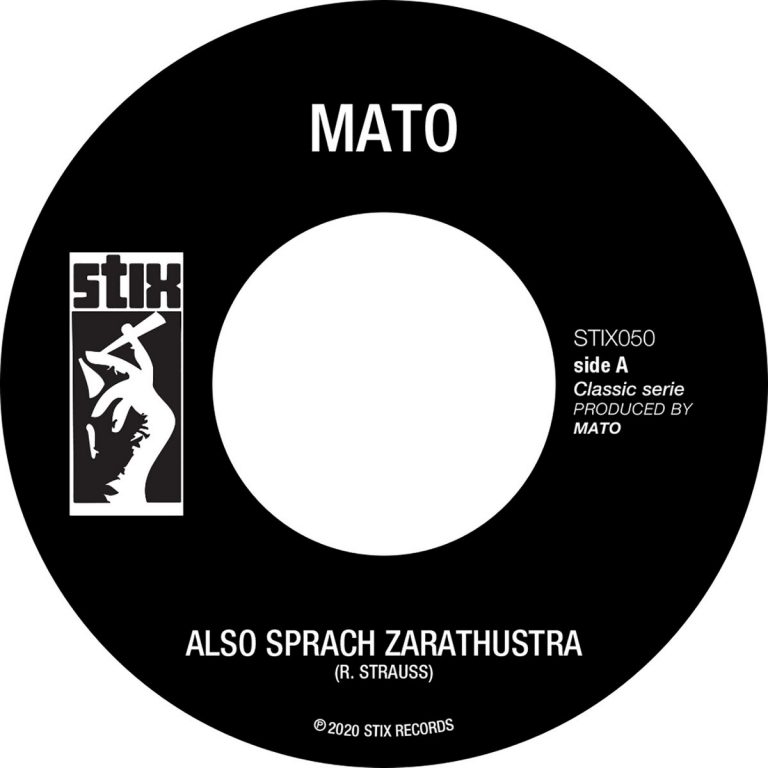 Starting his reggae production career in 2006, Thomas Blanchot aka Mato has released music through various projects on EDR Records, Big Singles or Makasound… In the meantime he developed a real trademark: taking over classics French, Hip-Hop, or Pop song, into roots reggae-dub new versions. Besides since 2010, Mato has built a solid reputation thanks to his hot remixes of Hip-Hop classics on Stix Records.

Today, Mato is back with another target for his special skills as a tailor of reggae music, this time focusing on classic musical themes from R. Strauss’ “Also Sprach Zarathustra” and Herbie Hancock’s “Maiden Voyage “. It’s a great sensation to hear these melodies turned into superbly crafted Dub monsters. As Mato once said, “Play it loud and burn a chalice!”