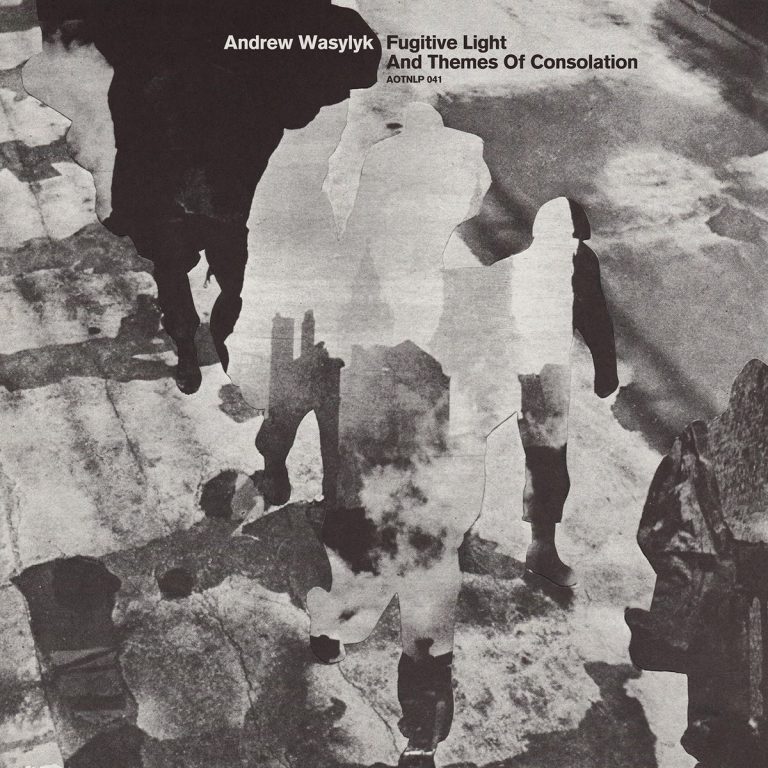 Fugitive Light And Themes Of Consolation is the third in a trio of records by Andrew Wasylyk which unearth and reshape the landscape of Eastern Scotland as shimmering and inventive instrumental music. Where Themes for Buildings and Spaces (2017) toured the architecture and industry of Dundee, evoking a place caught between decay and regrowth, the Scottish Album of the Year Award shortlisted The Paralian (2019) explored the littoral exchanges between sea and shore on the North Sea coastline.

Fugitive Light And Themes Of Consolation carries a trace of this arc on a return upriver, drifting back inland along the River Tay’s inner estuary: a record of the low light on winter fields, empty suburban streets at dawn, the deep clear waters of the quarry excavated to build the city. Ten songs circling landscapes for meaning, channelling half-heard melodies and misremembered memories; caught somewhere between settling down and setting out towards the shining levels of the estuary and beyond.

The record is threaded with the influences of people, place and musical lineages – David Axelrod, John Barry, Virginia Astley, Mark Hollis, Alice Coltrane – yet as with all of Andrew’s solo work it has a deft, clear voice all of its own. Recorded between Summer 2019 and January 2020, Fugitive Light… displays his talent as a multi-instrumentalist and composer: all hushed drum grooves, rolling waves of plucked acoustic guitar, cascading upright piano, Bob James-inspired Fender Rhodes, rippling clàrsach harp, and ECM-worthy electric guitar motifs. As on The Paralian, string arrangements are by fellow Tayside musician Pete Harvey, known for his work with King Creosote and Modern Studies.

This is a record scored through with patterns of light: the song titles evoke last sunbeams, the fugitive light of water, the violet hour of autumn, cemetery silhouettes, and the half-light of the moon; the arrangements aglow with subtle shifts of texture and refractions of melody. Fugitive Light… is an atmospheric (in both the sonic and elemental sense) evocation of the ebb of the world, something that Andrew describes as, “simultaneously about knowing loss and accepting love, the optimistic and the downhearted, where the lightness and dark gather together.”

Andrew has a knack for writing melodies that seem at once timeless yet entirely individual: emerging somewhere between spiritual jazz, neo-classical and library music, diffracted by the blues and greys of the wide Tay firth. The instrumentation has a soft-focus glow of its own: piano keys gently pressed, the metronomic click of analogue drum machines, the well and wash of strings and brass, a singing saw whirring into the heavens. Fugitive Light And Themes Of Consolation is another Wasylyk song-cycle wonder; a wander through glimmering internal and external landscapes.