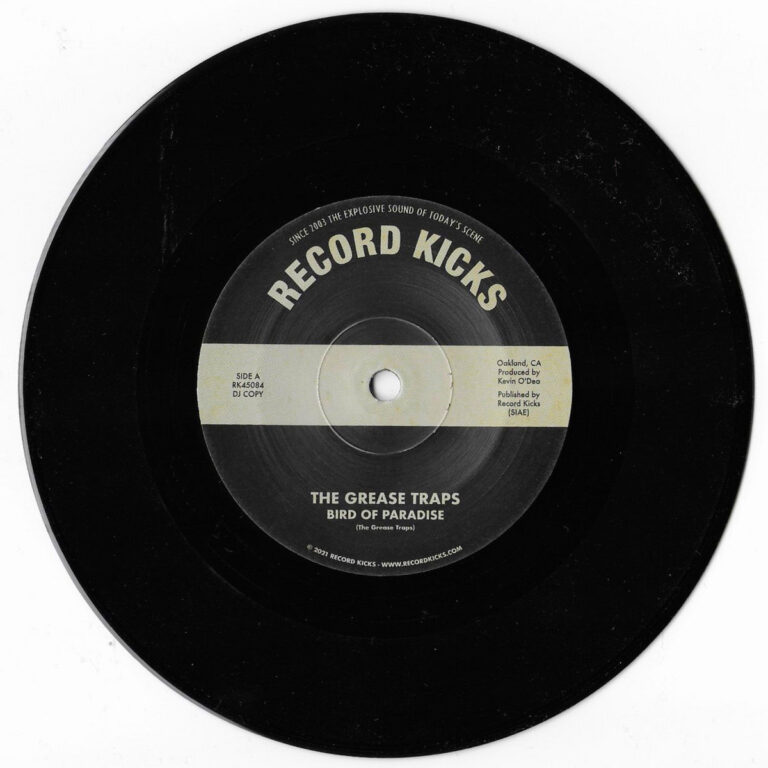 The Grease Traps – Bird of Paradise

The funk is on! New deep funky from Oakland’s The Grease Traps delivering a new 7″ double-sider via Record Kicks that should kickstart the dance floor as soon as the needle drops. “Bird of Paradise” if the first single off of the upcoming Solid Ground album which drops later this year and is one that we’re excited for. Flip things over and the band gives us “More and More (and More) which delves into deep soul territory to give us a well rounded release for maximum playing time.

Recorded between Kelly Finnigan’ Transistor Sound in San Francisco and Fifty Filth Studio in Oakland and mixed by Orgone’ producer Sergio Rios and Kevin O’ Dea, Solid Ground is the long-awaited debut album by US very finest deep funk & soul outfit The Grease Traps. The album is set for worldwide release on November 5 on vinyl, CD and digital format. The band, based in Oakland, CA, is the latest addition to Milan-based Record Kicks roster. Active since 2002 and with a 45 released on well-respected funk/soul label, Colemine Records, now, after six years spent working on the album’s recording and mixing, they are ready to present their first full-length release Solid Ground on Record Kicks, anticipated by the two killer funk singles.