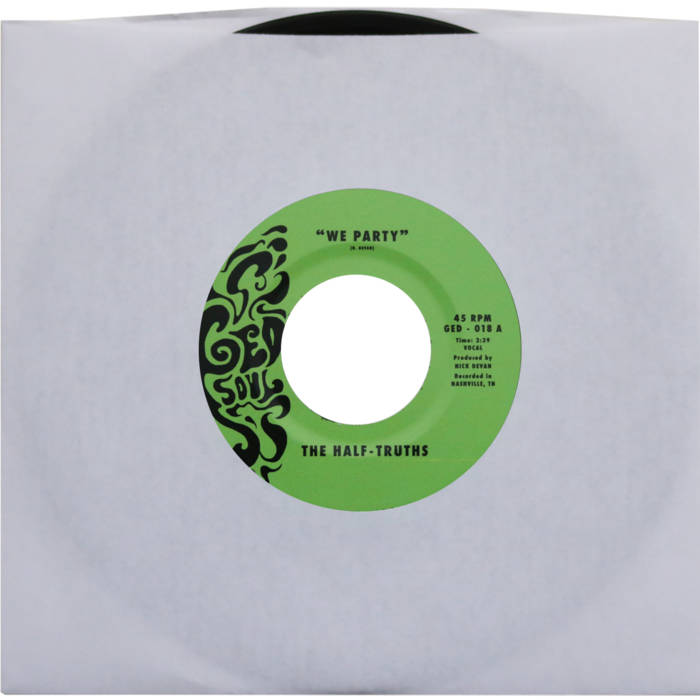 Ahhhh.. Something funky comes this way via Nashville’s premier Deep Funk outfit, DeRobert & The Half-Truths with a new 45 that you might have caught at one of their shows back in while touring France and Spain back in 2017-2019. If you we’re lucky enough to be in attendance to feel that energy then have no fear, they’ve captured it all and pressed it to a 45 which will be making it’s way to heavy rotation when it drops in August.

Capturing that Deep Funk sound that we love so much, “We Party” b/w “Let’s Party” were mainstays in their shows while traveling and performing in Europe and are obviously heavy hitters that will move any dance floor. Get up on the get down and don’t be late!