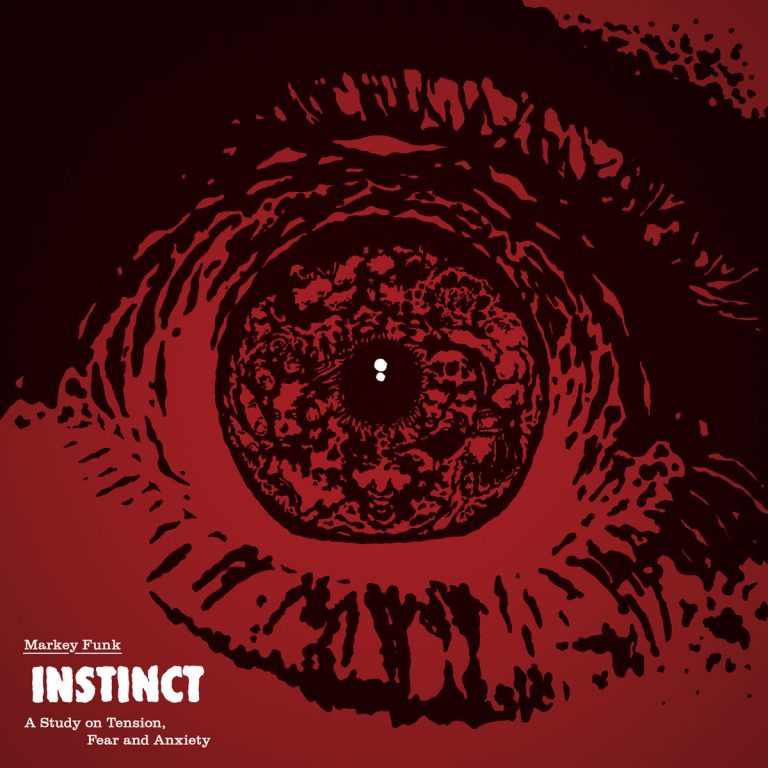 Instinct: A Study on Tension, Fear and Anxiety

A few years back while on a trip to Israel to do a bit of digging and DJ’ing I was introduced to a gentlemen named Markey Funk who is a strong collector and heavy into various genres including those of the cinematic nature. Being someone who also enjoys listening to and collecting soundtracks, library LPs and other assorted weirdness, I knew he was someone that I needed to meet. After an afternoon meeting and discussions of vinyl and collecting, Markey Funk hipped me to previous projects that he’d worked, on and of course, upcoming ones as well.

Fast forward to 2016 and after 7 years of collaborations and numerous side projects (Les Hippies, Mordy Laye and the Group Modular) he’s finally releasing his second solo LP, Instinct: A Study on Tension, Fear and Anxiety. Instinct explores the dark corners of human consciousness in order to understand the nature of one of the most primal emotions – fear. Inspired by aesthetic of the 1970’s European crime / thriller film music, Markey created his own blend of cinematic grooves, edgy psychedelia and analog electronics. The album goes full out with contributions from Gal Frenkel (vocals), Uri Mixmonster Wertheim (Kalbata & Mixmonster, tape-delay), Sagi Zax (Action! Attention!, drums), Emiko Kojima (flute) and Ran Nahimas (D.R.Y., theremin). Instinct is a colorful yet tense journey, balancing on a sharp edge between harmony and dissonance, groove and abstraction, order and chaos.

Markey Funk is definitely one who is in his own lane and pulls inspiration from sources that he loves and this reflects his personal tastes. If you’re one for a deep journey into the unknown or a fan of Ennio Morricone, Bruno Nicolai or David Axelrod, then this is one for your collection.

And as an added bonus, Markey Funk together and incredible “instinct” themed mix featuring library and film music that inspired his LP.

Shows by Markey Funk on Mixcloud