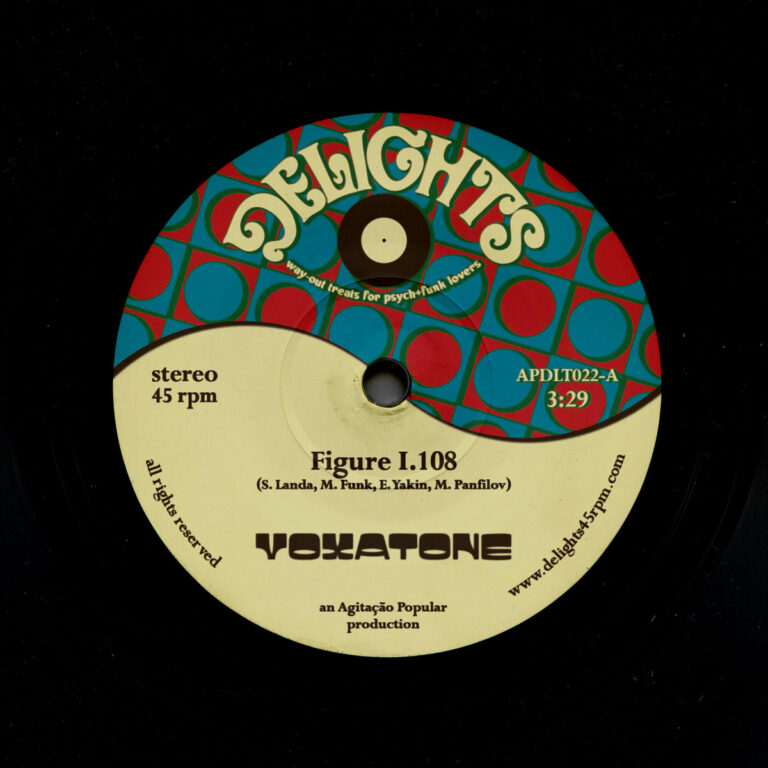 It’s been a phenomenal year for releases from some of our favorite labels and artists with music spanning genres and soundscapes but the year is not quite yet done until we get a new release from the Delights label to cap 2022 off. As always the label seems to create outside of the box with sounds that they enjoy in the cinematic and electronic realms and do it with style and class.

From the creative minds of Shay Landa and Markey Funk comes Voxatone! The concept behind Voxatone is very simple: exploring the sound qualities of vintage instruments with “vox” in their name. The first result is an otherworldly meeting between the 1950s Univox keyboard, the 60s Vox Continental organ and the 80s Soviet Polivoks synthesizer. Recorded at Mazkeka Studios, Jerusalem, with Elia Yakin on drums (the only “non-vox” instrument involved), Shay and Markey are joined by Estonia’s man of many hats, Misha Panfilov, on Vox Phantom bass for two groovy psych cuts: the mid-tempo mind-bender “Figure I.108” and the upbeat floor-stormer “Figure III.122” – on the flip.