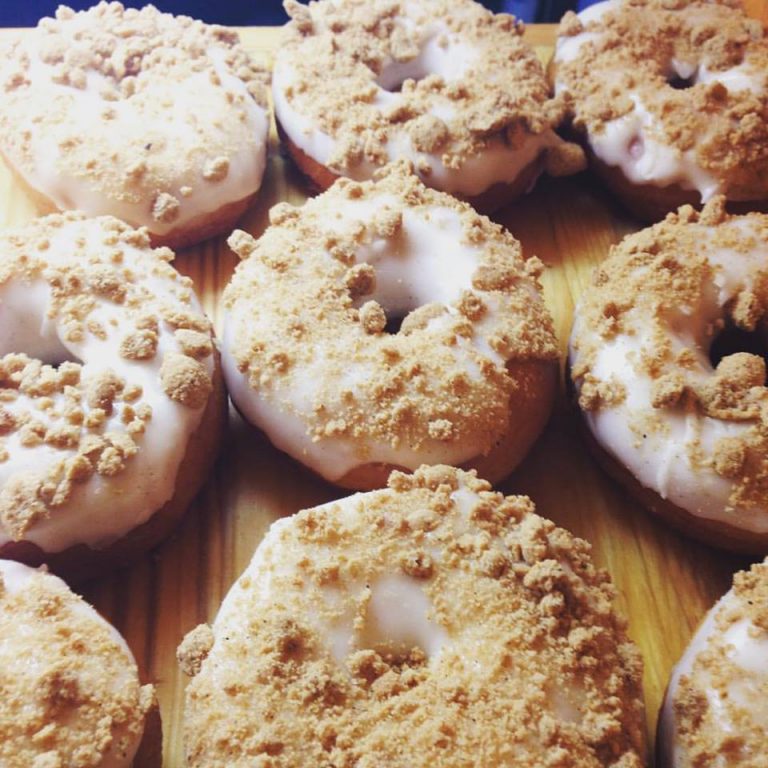 One of our favorite things that we love to see from our fellow DJ’s is their versatility and passions for other things outside of the DJ realm. Many of them have gone from rocking the stage to pursuing art, directing, writing and even food careers. They say that diversifying your bonds is the greatest way to reduce risks but also the perfect way to make profit and we definitely agree. One person who has taken the term dusty donuts to the next level from his love of spinning donuts to actually opening an official donut shop is a good friend that we’ve had the pleasure to DJ with on various trips to Copenhagen, Denmark. Jason Rivera aka DJ Whut is one of Copenhagen’s most official DJ’s who along with his partner DJ Cars10 do a string of parties including their popular “Boogie Juice” event which has brought great DJ’s into the city to rock. 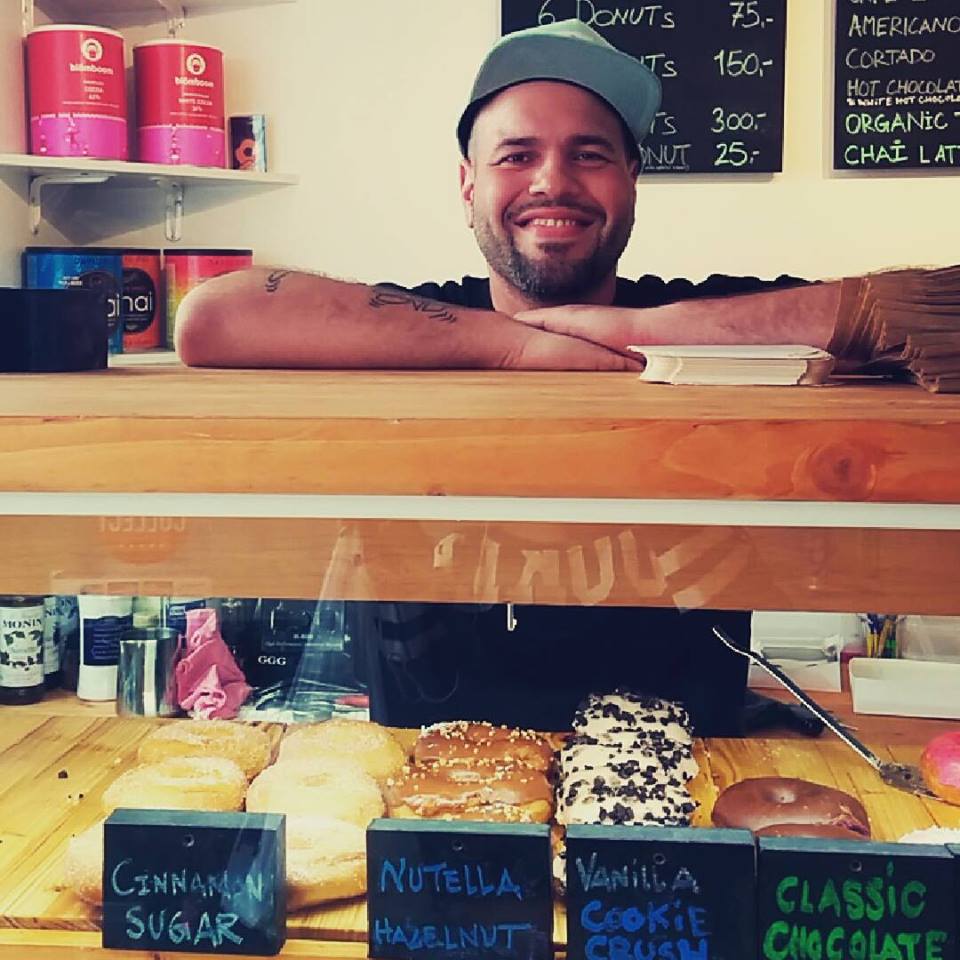 DJ Whut is a longtime “foodie”, if you follow his Instagram then you know that this guy can whip up a proper meal in no time. But who knew he would turn out to be such a connoisseur in the realm of donuts? I mean not just your basic dough with a hole in the center donut, we’re talking about varieties upon varieties with cool and catchy names, similar to a DJ carrying a crate of donuts by different artists. This isn’t a Dunkin’ Donuts or Krispy Kreme operation we’re talking about! They’ve got a great variety that will fit just about any taste and sweet tooth and usually sells out before the day is through. Once everything is gone the shop is closed and things begin over the next day so getting there early is highly recommended just like a good party. We recently caught up with Jason to talk about opening The Donut Shop, his passion for food and of course a bit of DJ’ing as well.

Q: First of all congratulations on opening the shop! That’s a major move right there for someone who has been slinging “donuts” on the dance floor for quite sometime. What made you want to go into the donut business and how long has the shop been open?

A: Thank you. I had a clothing store in the same location for almost 4 years until I couldn’t make it run any longer. And I did not want to give up my shop and get a 9 to 5. To be honest, I was just fucked! Everything looked impossible and I almost gave up. I been following this newly opened Donut Shop in another part of town that I happened to know the owners of. Funny enough one used to be a Bboy and the other a party maker and promoter. So our backgrounds connected like that. So I pitched the idea about changing my shops concept from Clothing to Donuts. Since I don’t have a kitchen. They would have to deliver the donuts everyday. So they suggested the franchise agreement and so we moved forward. This past November 7th will have been 1 year selling donuts on this very famous shopping street in Copenhagen. 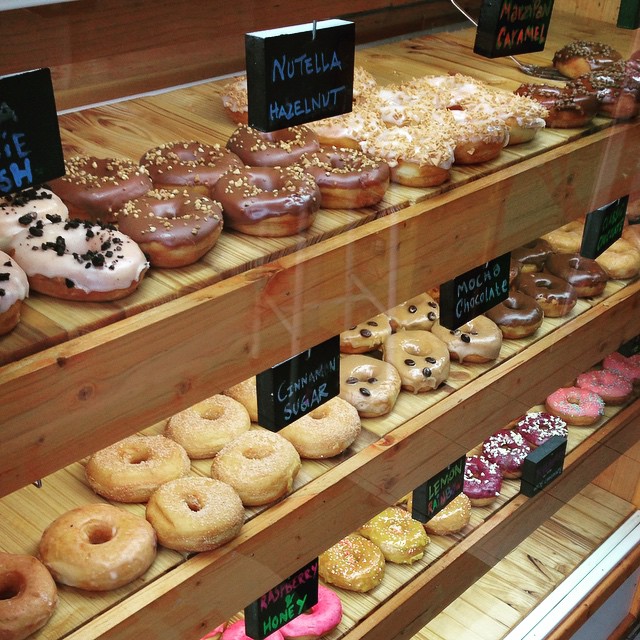 Q: Was it easy for you to go into business and what were some of the hurdles that you had to jump over to make it happen?

A: Opening your own business is never easy, even if you’re rich which I’m not but determination has always been a strength of mine. I’ve never been the type to give up no matter how tough things get and even after making many mistakes along the way while being self-employed. I had no money nor would any bank loan me the money but luckily I had some people behind me who believed in me enough to help me get started. Many doubted me but I’ve seemed to prove them wrong.

Q: As DJ’s we usually keep late hours. What are some of the typical day-to-day duties in the donut world consist of and how many employees does it take to pull things off?

A: Well, first of all the late hours had to change. The first 2 months I worked 7 days a week. When I had a DJ gig I would get the early sets so I could squeeze in a few hours sleep. Then X-mas and New Years Eve gave me a few days off. I hired my first employee 4 months after we opened and right now I have 3 part-time employees so I can get the weekend off to DJ and relax. But I still can’t live off of the shop alone just yet. But hopefully we will get there soon. DJ gigs and events are still crucial. And thank god I love what I do. Cause otherwise it would tough.

Q: Being that you’re shop is a part of a franchise, do you have a variety of donuts that you pick daily to fit your clientele or is it just whatever the baker sends your way?

A: I get to pick what’s best for my clientele. I make my orders once a week and sometimes change them day to day. Depending on the weather, slow week or extra orders. 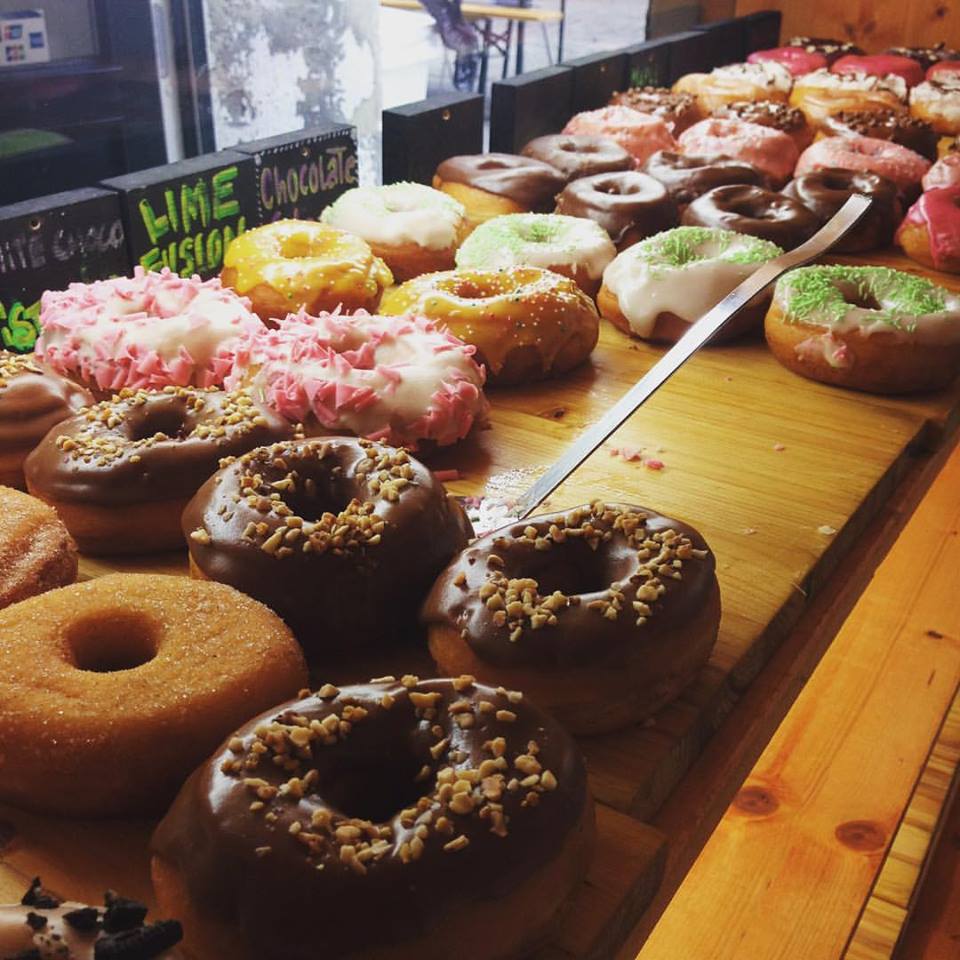 Q: You always come up with catchy names for donuts. How do you come up with these names and are there ones that stick with customers more than others.

A: Well, The Donut Shop has names they use for all their shops. But cause I am different the other shops. I like to give them fun nicknames. Like our Strawberry Donut, it didn’t sell good in the beginning but after we started calling it “The Homer” it started becoming our most popular donut. So all The Donut Shop’s started calling it “The Homer”. Which I thought of due to being a huge Simpsons fan. I remember Homer saying “The Pink” donut was his favorite and I noticed that often when you see a cartoon or an ad for donuts it was often pink. Pink donuts are popular for ads and catch the eye of the people.

Q: I follow your Instagram throughout the day and know when things are about to sell out. Is this a daily thing where by the time the shop is closing there’s nothing left to sell?

A: Yes, we sell out pretty often. I order depending on how I think the day will go. Sometimes I order the perfect amount so we can close around 5pm which is when the business starts slowing down. But sometimes I can order too much or to little. It’s different. But I would say we sell out more then we don’t. 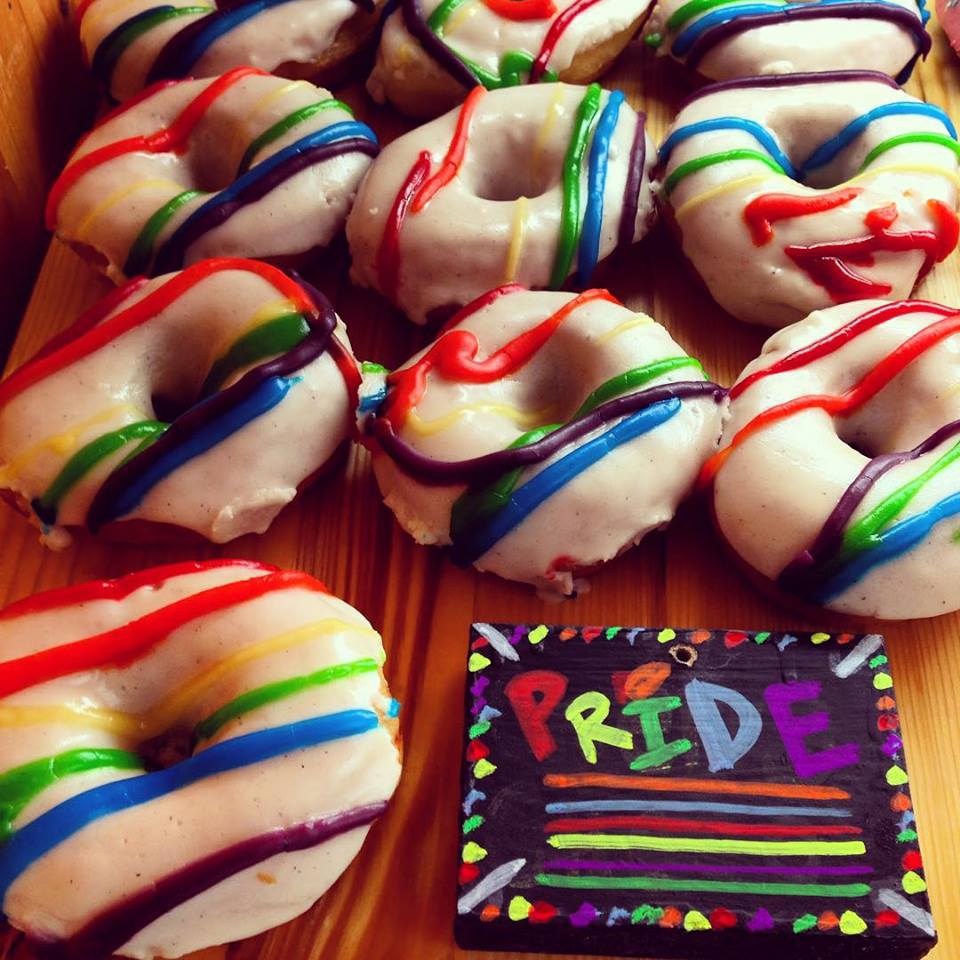 Q: What’s the most popular selling donut that you have in the shop and has there ever been one that went totally over people’s heads and didn’t sell?

A: I would say Original Glaze, Boston Cream, Nutella, Caramel, Strawberry, Oreo and Chocolate donuts are our most popular. We have something for every ones flavor so I think there really has never been a donut people sleep on.

Q: It’s obvious you have a passion for food, why the donut business instead of the restaurant business?

A: The Donut business was more possible and easier to start with. A restaurant would be a whole other ball game. So much more expensive, bigger staff, location, rules about hygiene and so much more in every way. Plus I’ve never been a fan of being in the kitchen all day and night. I’m afraid it would ruin my passion for cooking. It would have been a big step to go from clothing to restaurant. This is a little cafe growing slowly so I’d rather build more experience here in the little lake before jumping into the ocean.

Q: You’re deep into sneakers, records and donuts, if having to make the very hard decision, which could you go without?

A: Damn, tough one. Sneakers are a fetish or hobby, records is music, music is the love of my life and donuts pay my bills. I really can’t choose since they don’t really connect with each other. I need to sell donuts and get DJ jobs to buy sneakers but after accumulating around 150 pairs of kicks and getting older I don’t really need to buy kicks any more. Records I don’t buy much of since going digital. So now I’m saving up for the future and lots of vacation with my women. 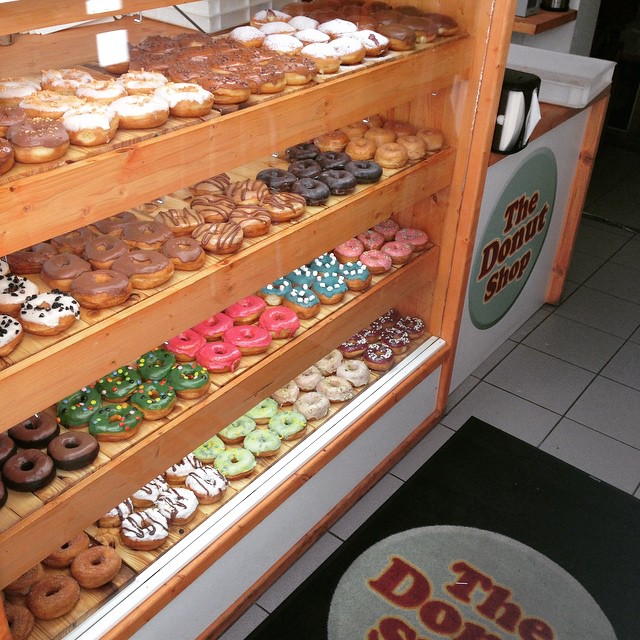 A: Being the creative and passionate person that I am, I have so many ideas of things I could do. So right now for me I need to get this Donut Shop running on its on so I can move on to new projects. I would like to do something involving food and events but I would also like to start MC’ing like I used to and learn how to produce beats. But being that their is only 24 hours a day it’s hard to do it all. I will probably be doing something with food and events as I can see a better future with it.