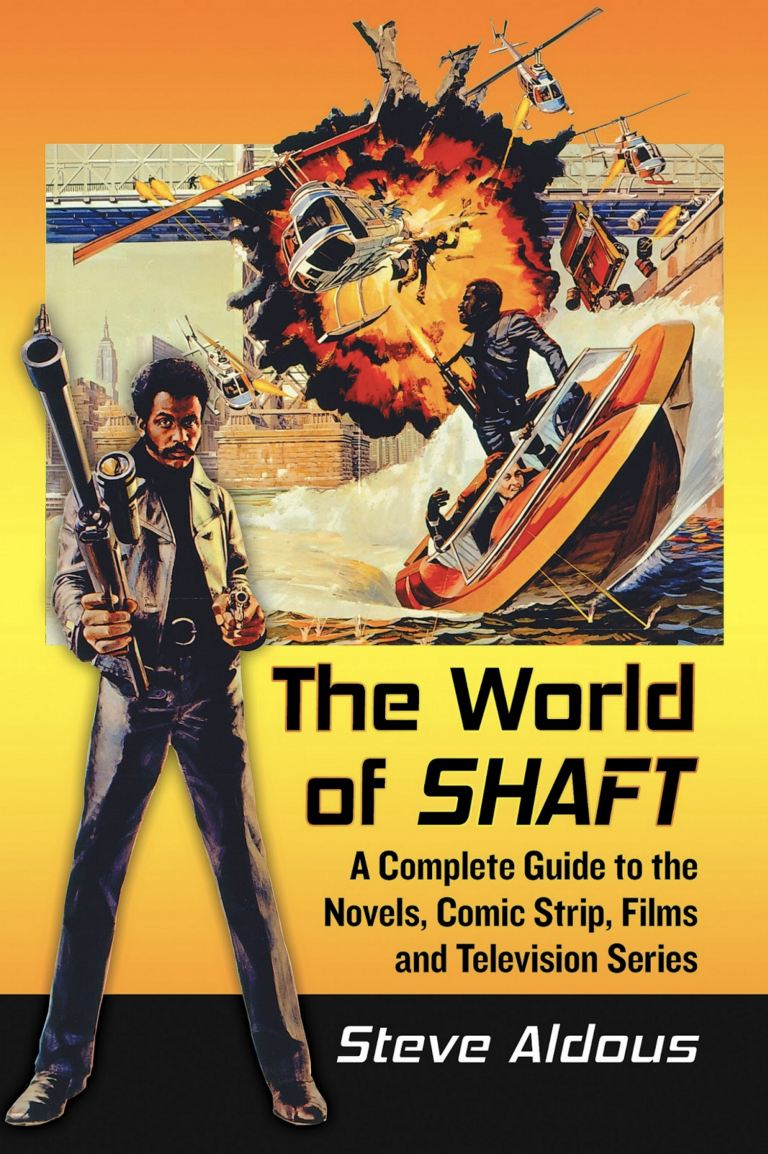 There can be few devotees of popular 1970s cinema unfamiliar with Gordon Parks’ gritty 1971 box office hit Shaft; even those who’ve not seen it will certainly have heard of it. The movie spawned two sequels, Shaft’s Big Score (1972, also directed by Parks) and Shaft in Africa (1973, helmed by John Guillermin), as well as a short-lived television series. Yet the iconic title character, black private detective John Shaft – personified on film and TV by Richard Roundtree, and gifted with a piece of theme music (by Isaac Hayes) as instantly identifiable and iconic as ‘The James Bond Theme’ – was actually the creation of a white author, Ernest Tidyman, whose first novel originally hit the shelves in 1970. A paragon for many black Americans during a heated period of struggle against racial oppression, over time John Shaft cultivated a huge fan base across the world, with readers and viewers of multiple nationalities, race and colour thrilling to his literary and cinematic escapades.

Kicking off with foreword by David F Walker (instrumental in reviving Shaft in both comicbook and novel form), and some background information aptly classified as “The Shaft Phenomenon”, there follows an informative chapter devoted to creator Ernest Tidyman. We’re then plunged into extensive information and commentary appertaining to each of the man’s novels (including contemporary reviews, as well as location and subsidiary character detail), the story behind several lamentably failed attempts to launch a syndicated comic strip in the early 70s (illustrated with some of the original trial panels), and everything you could want to know about the 7-episode TV show (originally broadcast between 1973 and 1974), in which the character was again portrayed by Richard Roundtree, but in an unpopular watered-down incarnation designed to avoid offending the perceived-to-be delicate sensibilities of armchair audiences. “Cinema Retro” buffs will doubtless revel in the extensive detail – the only go-to quick reference you’ll ever need – on the production of the films (though there’s a slight over-emphasis on cast and crew bio), which again includes some invaluable contemporary critical reaction, as well as coverage of John Singleton’s respectable 2000 re-imagining with Samuel L Jackson occupying the title role. The book concludes with detailed appendices and a bibliography.

Aldous’s research benefited immensely from having had access to a collection of Tidyman’s original private paperwork, which provided an inestimable resource and subsequently the backbone of the book. Adorned with an action-packed “come on, pick me up and buy me, you know you want to” cover (the movie poster art for Shaft’s Big Score), it has to be noted that “The World of SHAFT” is otherwise a tad light photographically speaking, but it’s nevertheless an essential acquisition both for those already familiar with the character and the curious who are eager to be educated. One thing’s for sure: you’ll certainly depart its pages with the feeling there can’t possibly be anything left to learn – or at least worth knowing – about the legend that is John Shaft.