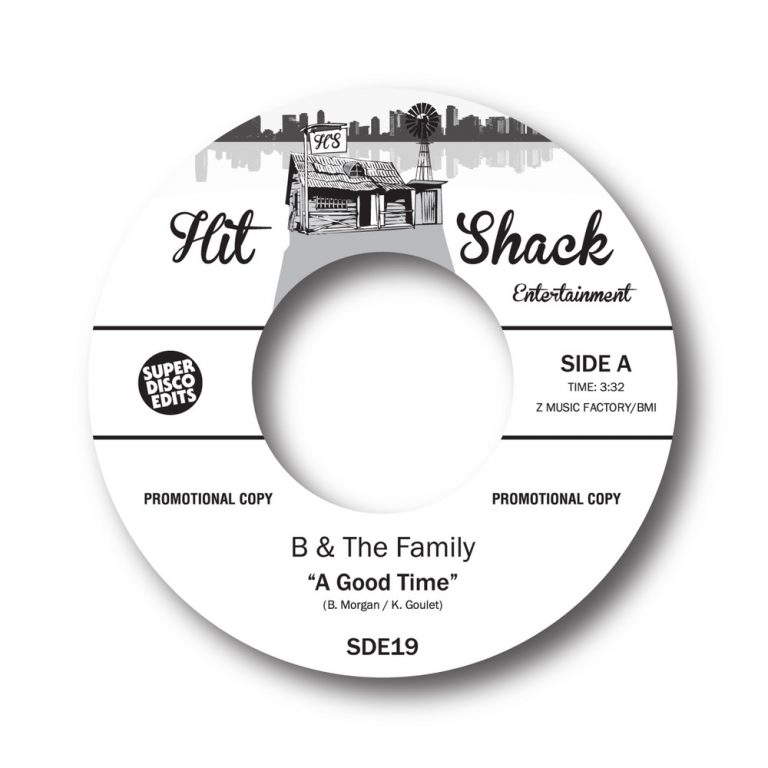 Whenever you see the Super Disco Edits on a 7” release, then you know you’re in for a musical treat. Making a name and building up a strong catalog of previously unreleased material pulled from reels that have been stored away since recording, Super Disco Edits returns with another gem for all you DJ’s and good music lovers out there. B & The Family “A Good Time” is a 1987 Modern Soul produced by a gentleman by the name of Brian Morgan who has quite a bit of history in the music biz. Brian was the guitarist who played on Sugar Hill Gang’s “Rappers Delight” and he was also a young protégé to soul legend Kashif, now that’s a fine lineage and cloth to be cut from.

The A-side, “A Good Time” is a cut recorded in 1987 but was shelved due to a move in location and also to concentrate on other matters. In 2014 he dug out and revisited the old tapes and carried on from where he left off like no time had even passed. In doing so, he kept most parts of the original 87 records and gave them a slight polish and modern day sparkle which is exactly what you will find on this upcoming release. Two side of unissued goodness ready to hit the dancer floor and move butts.