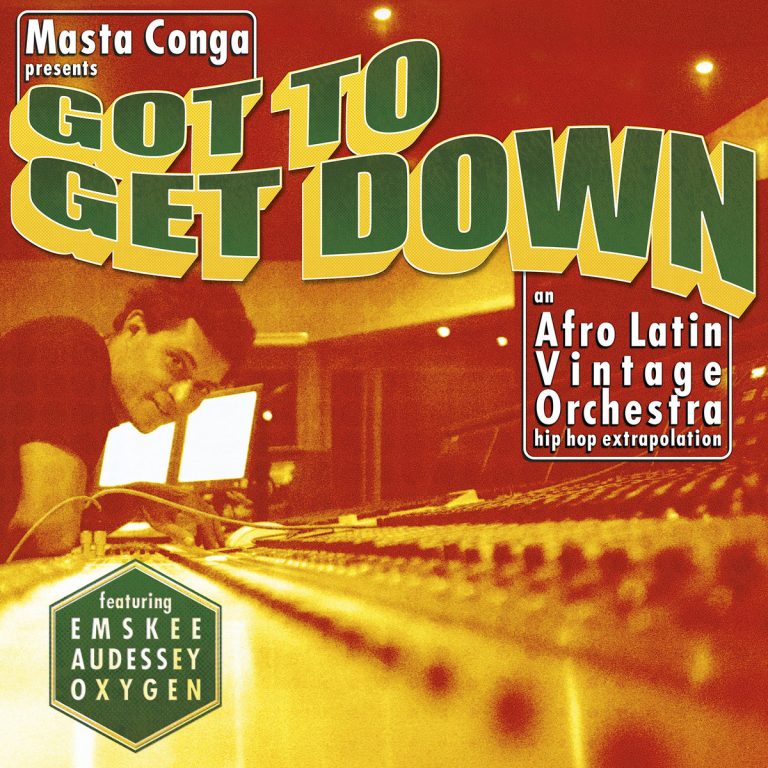 Masta Conga “Got To Get Down”

One of our favorite albums to come out over the last few years that still get’s plenty of spins from us in the office is “Pulsion” from the Afro Latin Vintage Orchestra which we highly suggest you buy if you haven’t done so already. Several months back we caught wind of a new project from Masta Conga and the Afro Latin Vintage Orchestra that would take a similar yet different approach in presenting something new to the listener. The New album “Got To Get Down” once again see’s the group delivering a very cinematic soundtrack but this time connecting with 3 of your favorites, favorite MC’s to deliver vocals. Emskee, Audessey and Oxygen all step to the plate to bat homeruns in an entirely new way, over live instrumentation that makes this more than just your standard boom bap album. Imaging if these guys were sitting in on the sessions during the recordings of your favorite Bruton or De Wolfe LP’s as the magic was happening, that’s exactly what you’re going to get, magic.

We’re excited to having something new and unlike any albums previously to hit the decks especially when it’s from ALVO and these 3 MC’s that we’ve featured more than once here at Nostalgia King. Be on the look out for the new LP when it drops late September which via the labels Bandcamp page.