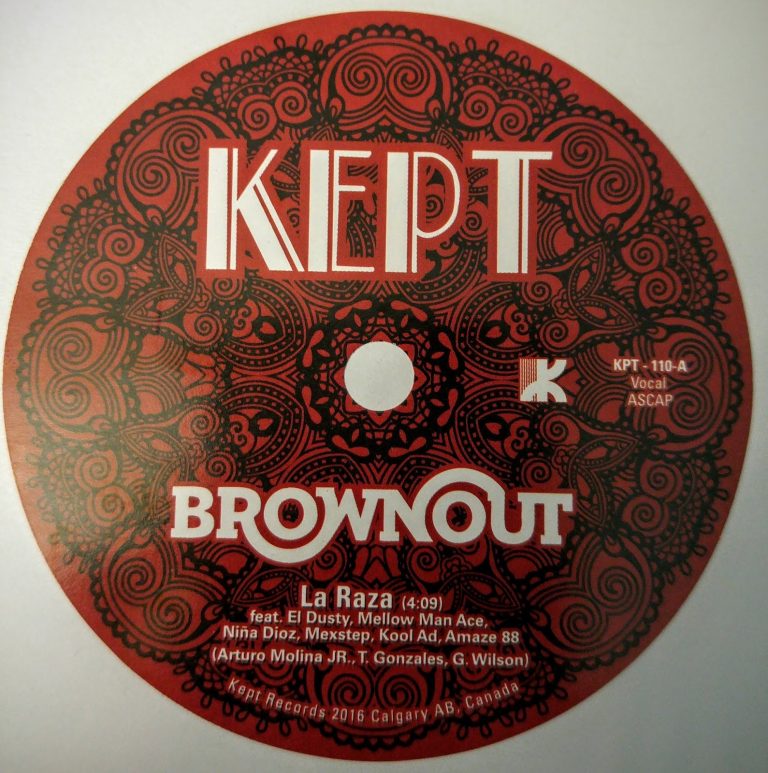 Kept Records returns with another 7” release from Brownout, a band that they worked with early on in their labels discography. An Austin-based, Grammy nominated psychedelic Latin funk band known for heavy rhythms and a favorite amongst DJ’s and Bboys / Bgirls on the breakin’ scene. Their latest release, a remake / tribute to Kid Frost’s 25 year old Latin pride Hip Hop classic, “La Raza” as well as a tribute to El Chicano features El Dusty, Mellow Man Ace, Niña Dioz, Mexstep, Kool AD and Amaze 88). The coming together of multiple races and cultures is more important now than ever in today’s increasingly divided political climate and Brownout’s version of La Raza pays homage to the past, keeping one foot firmly planted while putting their sincere and creative stamp on visioning a more united future.

The b-side is an original instrumental that as the title teases, has some Arab flare to it. The reciepe fot his cut seems to blend a dash of Cairo Jazz Band with and a pinch of desert-psych funk groove and in turn creating a full, slow-burning groove that is sure to mellow and get heads nodding. Available October 12 via Kept Records.