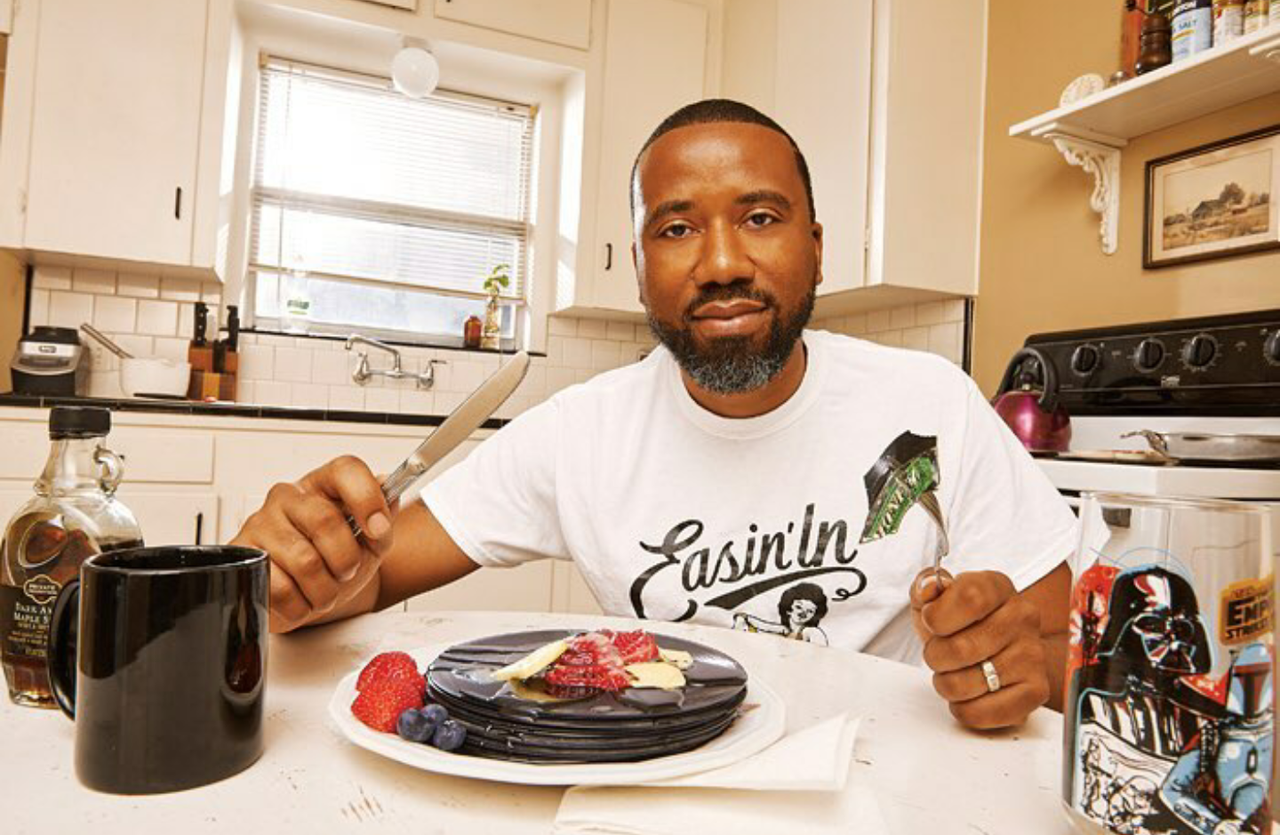 DJ’s have always been looked at as collectors and preservers of musical artifacts such as records, photos and other historical pieces that date a certain era and genres. But as I’ve always stated, collecting doesn’t stop with records and often goes deeper into nostalgic and often times personal and cultural areas. One of my favorite DJ’s and cultural ambassadors on the scene is brother by the name of Flash Gordon Parks who I’ve had the pleasure to DJ with at his Easin’ In (Doing Our Thang) party and build with about many topics but heavily on the history of Houston and it’s rich DJ and art culture. Recently spearheading, filming and screening his documentary “This Thing We Do” Houston DJ Culture Revealed which takes an in-depth look into many of the DJ’s in the city who helped shape the style and sound since the beginning, it’s obvious that he is on a mission to preserve the rich culture of local talent that often becomes forgotten as generations pass. Musically he’s sound, visually he’s collected amazing works of art from nearby artists known and unknown but all with textures and depths that say, “we’re from Houston, and this is who we are”. Get to know who Flash Gordon Parks is and why he is so important to the city of Houston and culture in general. 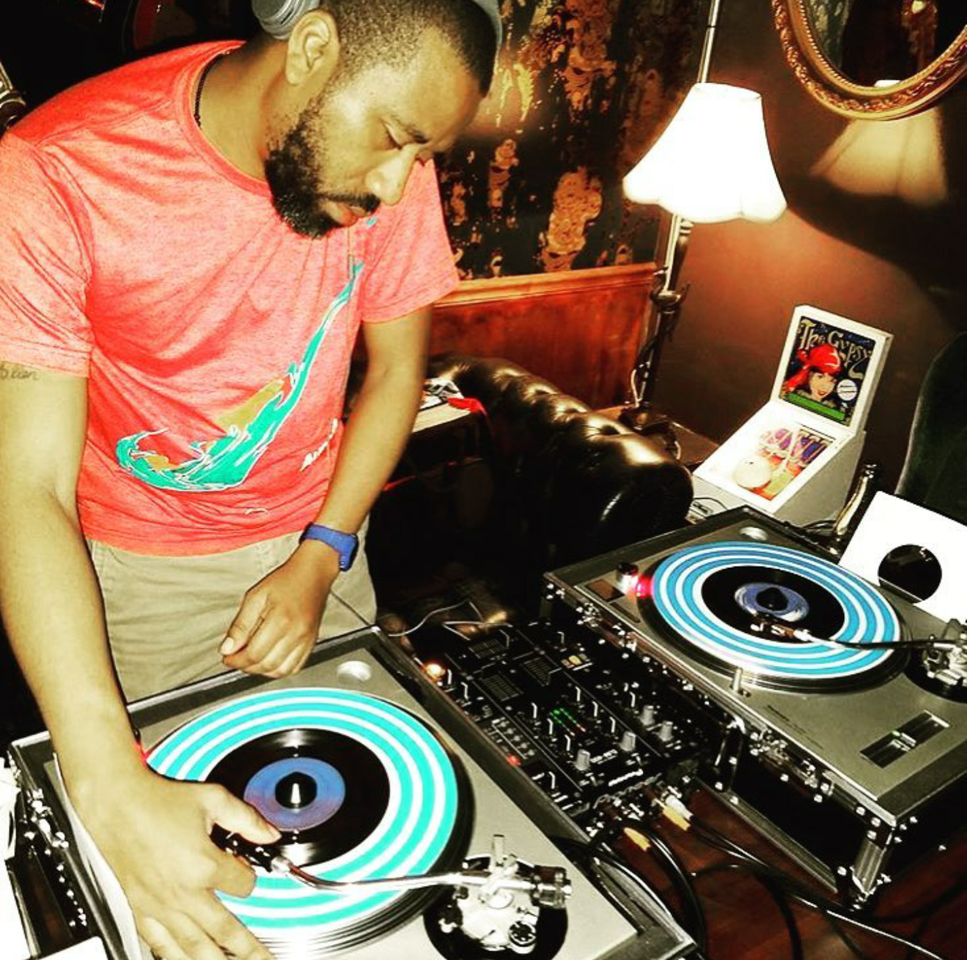 Skeme: Let’s start from scratch to connect the dots. How did “This Thing We Do” come about and why was it so important to you?

Flash G Parks:This Thing We Do (Houston DJ Culture Revealed) was an idea that came to me around 2009. I wanted to tell a story about how diverse Houston’s music scene is. I felt like many people only knew Houston for being the epicenter of “Chopped & Screwed” music. The DJ has always played a major role in introducing the city to different sounds and I wanted to highlight some of the men and women responsible for elevating culture where I’m from.

Skeme: Documenting history is always a tricky thing to tackle. Were there any obstacles that you ran into when gathering people to interview or trying to organize timeless and historical facts?

Flash G Parks: There were so many people I wanted to interview. One gentleman in particular was Skipper Lee Frazier (who recently passed) He was very instrumental in Houston’s Soul Scene in the 60’s. He was the founder of OVIDE Records and was a radio disc jockey for many years. It was very difficult to schedule a time to interview him. However I was able to get a few great stories from him and his son via telephone but nothing recorded.

Skeme: As a person who always seems to dig deeper, you’ve collected a nice amount of rare historical info, photos, stories and of course records on Houston artists dating back 30+ years. Why has this become such a passionate thing for you to have as much of those artifacts under one umbrella as possible?

Flash G Parks: I love my city. As a kid in the 80’s I wasn’t aware of the rich history Houston had to offer. Most people around me had ambitions of moving to New York or Los Angeles. As I got older I started to discover how many great people were from where I’m from. That put me on the course to start peeling back the layers and seeking more information about this town. I found it very inspiring to know these people traveled the same roads, ate the same food and more than likely had some of the same question about Houston just like me. The more I discovered the more I wanted to share the info with others.

Skeme: After meeting you for the first time, flying to Houston and visiting you at home, the first thing I noticed was the incredible art collection that you had displayed or waiting to find wall space in the future. How did you get into and what made you want to start collecting art?

Flash G Parks: My mother is a retired educator, so as a kid I was always exposed to art, music, dance, theater, etc. The high school I attended, Jack Yates is known for its exceptional photography program “Eye On Houston (3rd Ward)” founded by Ray Carrington, III. Throughout those years I was developing my eye for interesting subject matter. I was drawn to different mediums that captured the honesty of human emotions whether concrete or abstract. 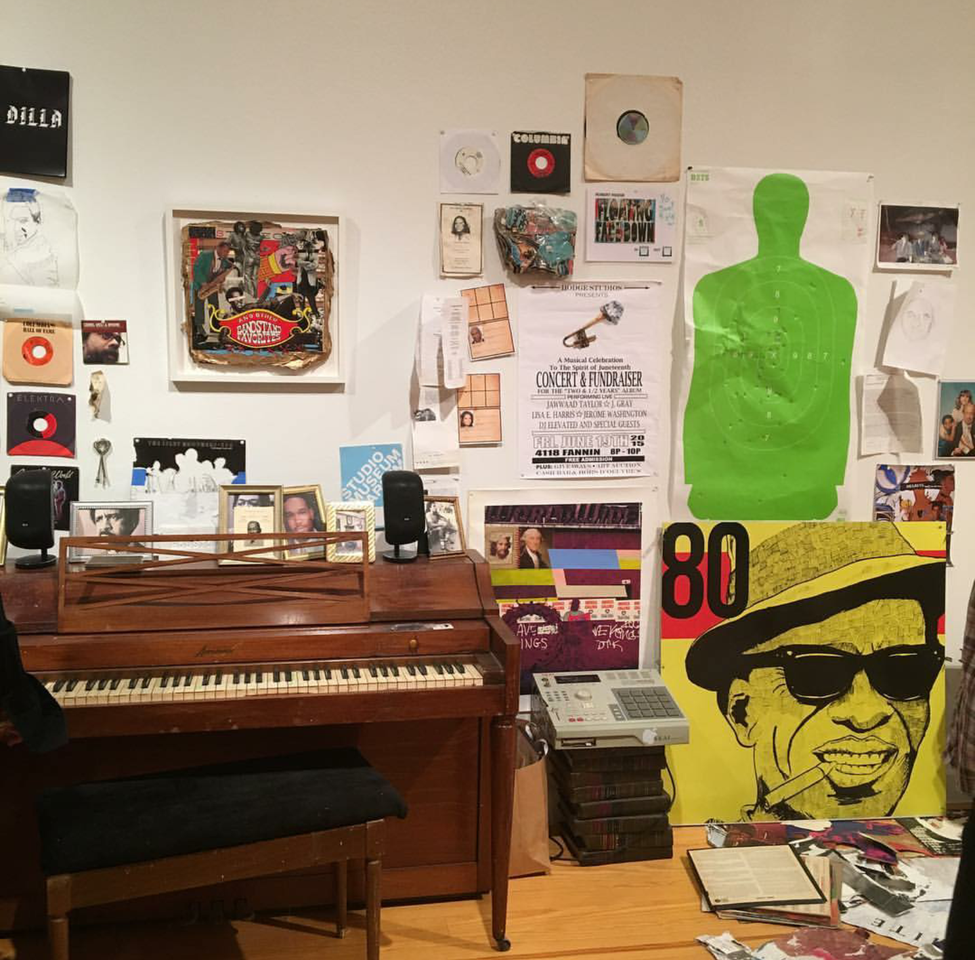 Skeme: It’s obvious you support the lesser known as well has those who have made a name for themselves. What do you look for in the works when you’re interested in adding something new to the collection?

Flash G Parks: First and foremost the artwork has to be visually stimulating. I look for pieces that evoke ideas, introspection and inspiration. I want to own art that is multi-layered and opened for interpretation. I’m very detail oriented and my collection should reflect that. With me it’s all about the nuance.

Skeme: Who are some of the local artist that you’ve got hipped to early on and knew they would become something big. 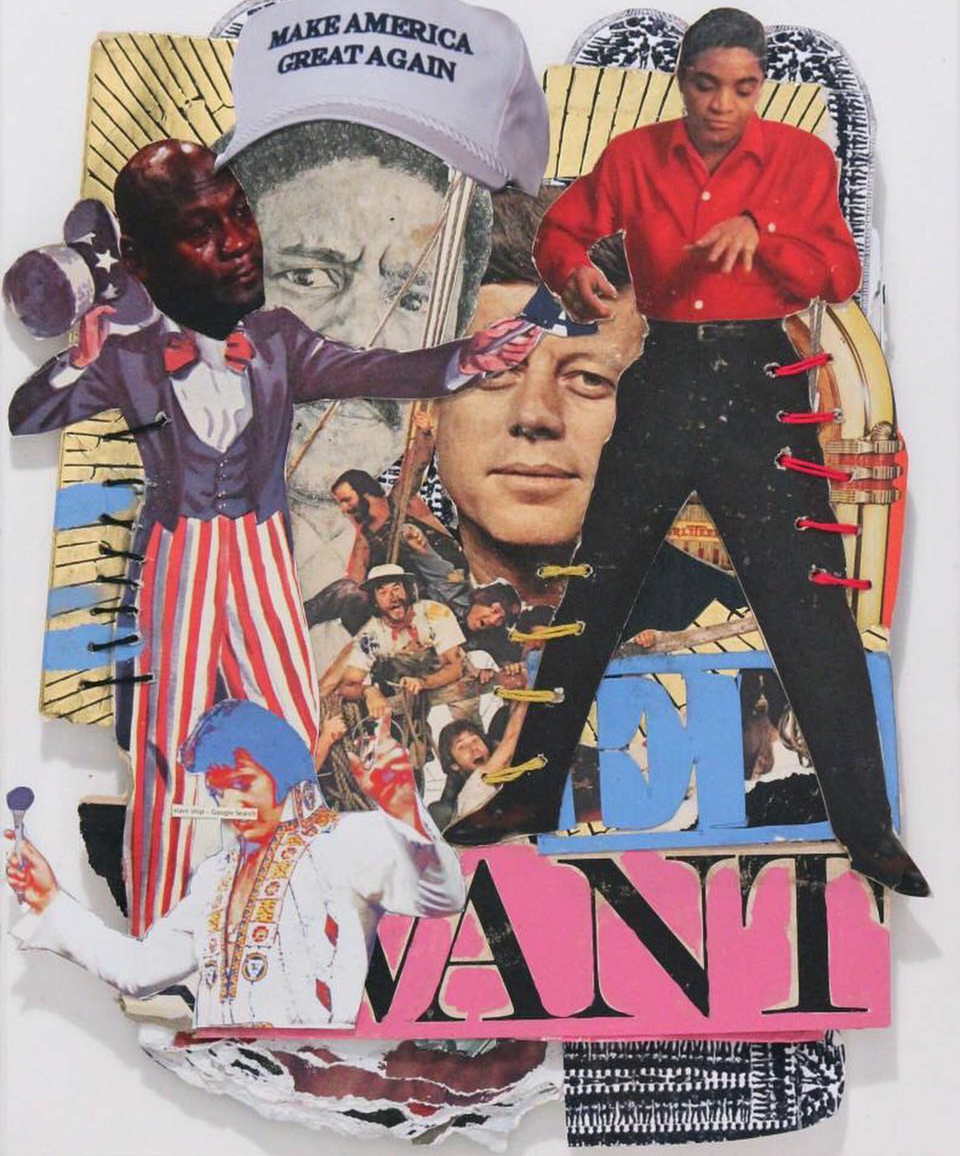 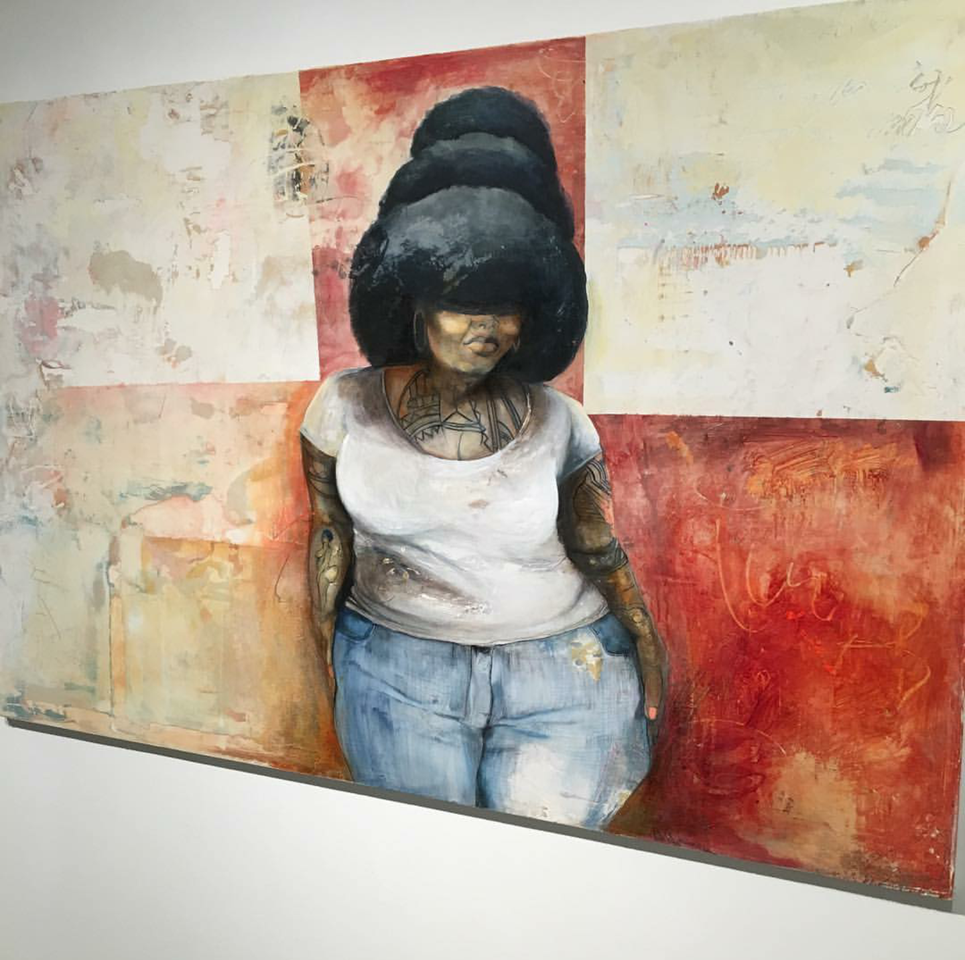 Skeme: Are there any particular artist that you would recommend to folks who might be interested in seeking out and collecting something from someone new or an artist that is on the rise?

Skeme: You’ve become the go to guy who DJ’s gallery events for many of these artists, what do you try to bring to the table to enhance the showing and connect the visuals to sounds to that it all makes sense in a gallery setting?

Flash G Parks: When I DJ openings or collaborate with artists for public installations / performances I try to tailor the music to fit their style/personality. I want to bring the same intensity with music that the artists bring with their work. That’s the fun part for me.

Skeme: As with most collectors, space is usually an issue after you’ve collected so many things and are still adding to the collection. How do you balance out still being able to collect with being able to enjoy things at the same time? For me it’s rotating things on the walls once or twice a year or coming up with themes periodically. I dislike having to put things in storage or closets and not being able to soak it all in.

Flash G Parks: It can be difficult to display every single piece in your collection. I definitely rotate pieces in and out depending on my mood. However there are paintings that I’ve never moved since initially hanging them. Those are usually the pieces that speak to me the most.

Skeme: In as short of a statement or long as you want, who are the people of Houston and what do they represent?

Flash G Parks: The people of Houston are the Southern Vanguard. They represent the intellectual, the grass roots and most of all, innovation. People from Houston have inspired and influenced the world in so many different areas. Now is the time that we get our credit.