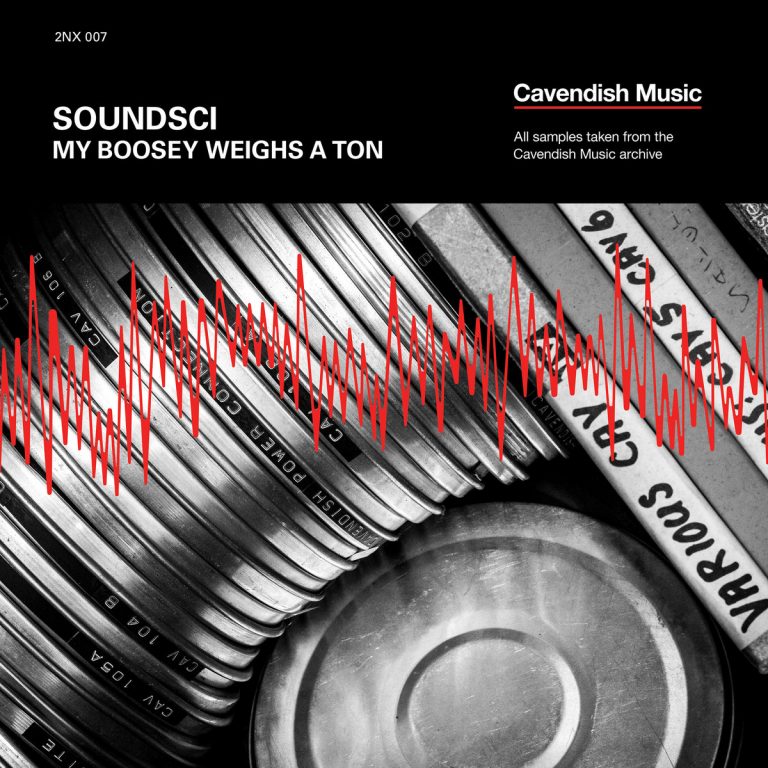 Soundsci – My Boosey Weighs A Ton

It should be no mystery that the hardest working crew of DJ’s, Emcee’s and producers in Hip Hop is without a doubt the empire known as Soundsci. Their sound is authentic and official, quality of the highest regards and collectively they score in the upper percentile of their graduating class of fellow practitioners of the culture. It’s 2017 and fresh out the gate, they set the stage and ready to debut the latest project “My Boosey Weighs A Ton” and it’s a straightforward, cinematic excursion into the soundscape of Boosey & Hawkes Library recordings. When it comes to collecting B&H records, the Cavendish Music releases are the gems to dig for and that’s exactly where the sample source of the latest album comes from.

Cavendish and Soundsci are two forces leading the way in building relationships between the sampler and the sampled. In 2014 Cavendish Music welcomed a select group of five producers into their vinyl archive. SoundSci’s Jonny Cuba (Dynamic Syncopation) was one of the lucky few to be in attendance and now with the addition of Ollie Teeba (The Herbaliser), the duo took on the heavyweight task of sifting through hours of material to create a musical masterpiece of amazing samples to rock blocks and bang ear drums. On mic control we hear the usual suspects of lyrical excellence, Audessey, Oxygen, UGeorge, Supastition, Emskee, and Eddie Meeks who all do what they do best, deliver no frills flows to make you listen up and take note.

In need of that good shit!? Then do yourself a favor and get hipped to Soundsci and My Boosey Weighs A Ton when it drops on February 27th.